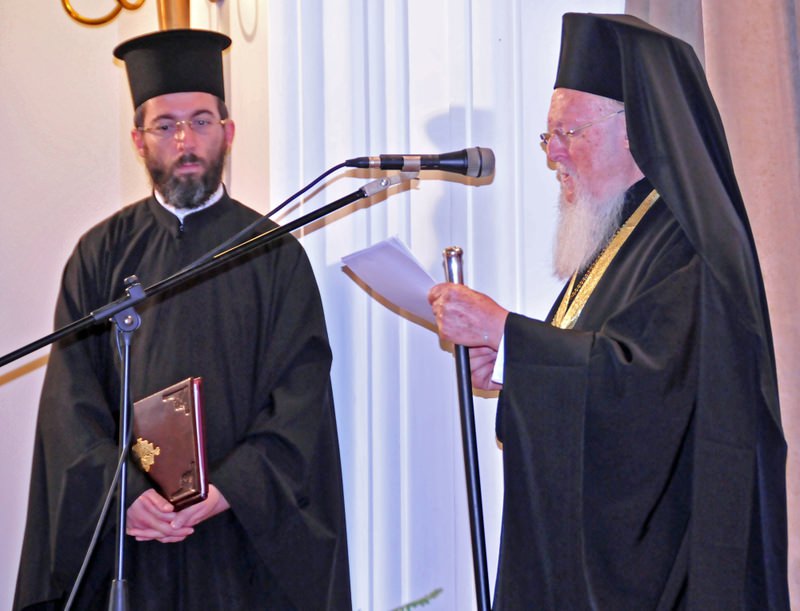 by Daily Sabah with AA Nov 11, 2015 12:00 am
Fener Greek Orthodox Patriarch Bartholomew raised controversy in Bulgaria after asking for artifacts that went missing from Greek churches in the early 20th century to be returned.

The Istanbul-based top cleric, who was in Bulgaria from Nov. 7 until yesterday, concluded his visit to Turkey's neighbor with the cancellation of several meetings with top officials including Prime Minister Boyko Borisov.

Bulgarian Prime Ministry officials said Borisov would attend a security meeting instead of a scheduled meeting with Bartholomew, in an apparent change after Bartholomew called for a return of valuable liturgical artifacts that went missing from Orthodox churches in Greece during World War I and II.

Apart from the cancellation of the meeting with Borisov, Bartholomew's joint press conference with the Neophyte, the head of the Bulgarian Orthodox Church, was called off.

Bulgaria was obliged to return artifacts removed from churches and monasteries during the wars by the Treaty of Neuilly. Bartholomew's visit had started out pleasant for the patriarch as he was bestowed with Bulgaria's highest state honor, the Stara Planina, by the country's President Rosen Plevneliev. During the ceremony, where he was given the honors, the patriarch called on the president to help open "a new page in the relations between Bulgaria and the Orthodox community" by assisting in returning the artifacts.
RELATED TOPICS