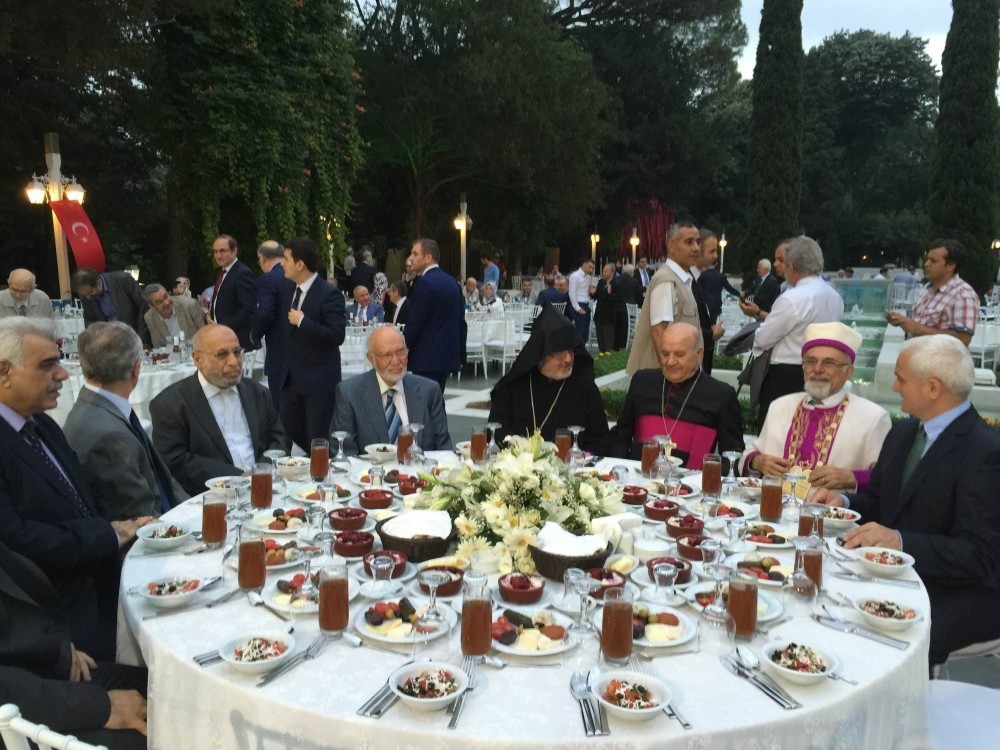 Muslim clerics joined Jewish rabbis and Christian bishops for dinner.
by Compiled from Wire Services Jun 24, 2016 12:00 am
The Presidency of Religious Affairs (DİB), Turkey's state-run religious authority, hosted an iftar, the fast-breaking dinner during Ramadan, for representatives and members of non-Muslim communities.

The Istanbul Mufti's Office organized the event, which was held at an Ottoman-era summer palace. Representatives of the Syriac Catholic Church, Armenian Orthodox Patriarchate and Jewish community were among those who attended the dinner on Wednesday evening.

Addressing the guests, DİB head Mehmet Görmez said the event was part of a larger campaign by the presidency to reach out to different segments of society. "The whole world is going through suffering today, and violence and terrorism prevails in our region. However, it is wrong to simply describe it as a security crisis or sectarian strife. This is a civilizational crisis and the whole world is affected by the fire falling on our region. Muslims are not merely responsible for starting the fire. The entire world is responsible for it and should be responsible for putting it out," he said. "We have to act together to put out the fire. Suffering in these lands, leads to suffering in other countries too, and hostility breeds more hostility."

Yusuf Sağ, the acting patriarch of the Syriac Catholic Church, said at the dinner that Muslims and Christians share the "same ancestors," in reference to Adam and Eve, and both believe in one God. "As religious leaders, we can pray for an end to the troubles our world is facing and, as clerics, we should come together more and pray together. Problems that one community faces are no longer confined to that community. I feel responsibility for the problems, for instance, Muslims in Myanmar face," he said.
RELATED TOPICS