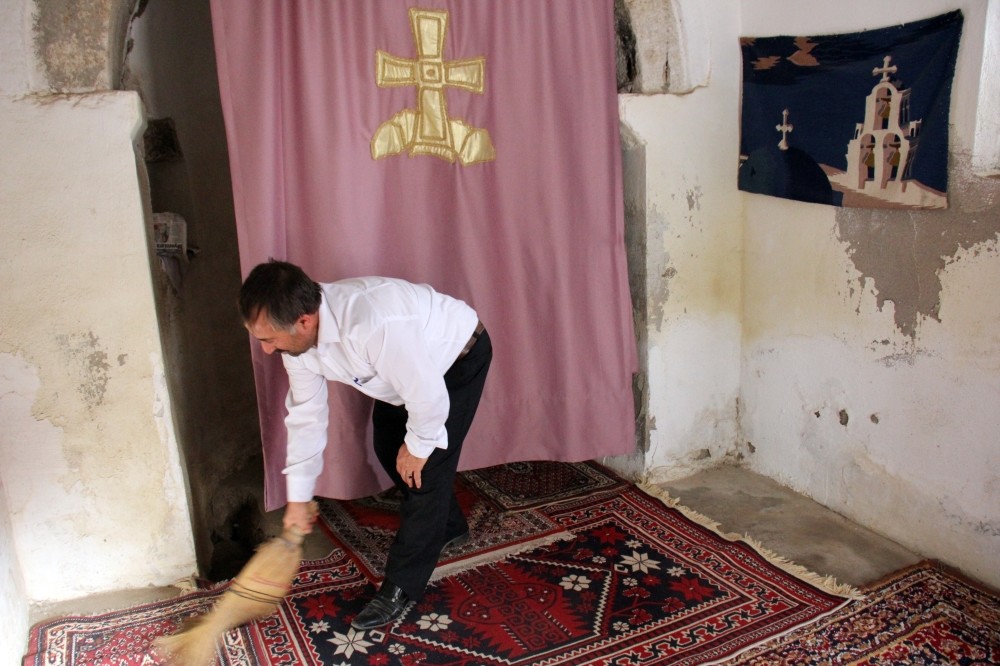 by Daily Sabah with AA Oct 15, 2016 12:00 am
For a few days every week, Metin Halıcı grabs a broom and dust cloth and heads to a small stone building resembling more of a shed than a place of worship, just in the courtyard of his house.

Save for a roughly drawn cross on its door, the building misses the upper part of one of its walls and does not look like a church from outside nor is Halıcı a devout churchgoer as his meticulous cleaning and maintenance of the church would imply. In fact, Halıcı is an imam of a nearby mosque and the small Armenian church is located in the courtyard of the building serving as his lodging.

During his tenure as an imam of the mosque in central city of Yozgat's Sarıkaya district for 13 years, Halıcı says he never neglected the up-keep of the church that has had zero congregations, so that it would survive and the occasional Christian visitors could perform masses there. It is a tradition passed upon Halıcı by his predecessor and something he intends to continue doing until the end of his tenure in this district which was once home to an Armenian community, up until the 1960s.

Today, no Armenian families live in Yozgat but members of the diaspora, living abroad and in other Turkish cities, visit the neighborhood where the church is located every year and attend masses in the small church that is believed to be built some 2,000 years ago.

Halıcı says Armenians coming as far as Argentina visit the church. "I was surprised to see a church in my courtyard when I was first assigned here," he acknowledges.

When he learned the Armenian history of the district, Halıcı decided to keep their legacy intact just as his predecessor did. His wife and children occasionally help him.

"This is a country of tolerance dating back to the Ottoman times for other faiths, for their places of worship. We should keep their places clean too in their absence," he said.
RELATED TOPICS