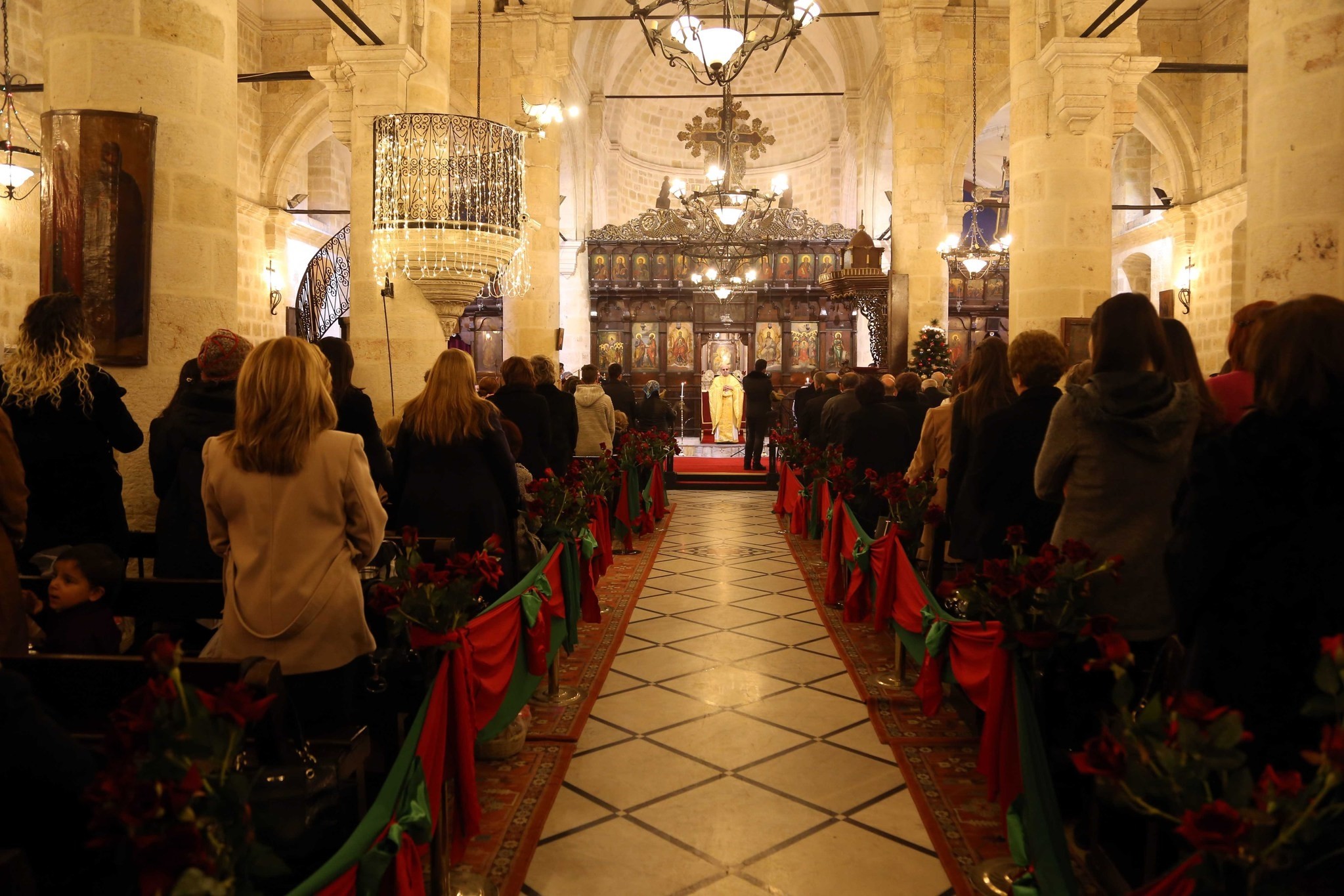 by Daily Sabah Dec 26, 2016 12:00 am
Turkey's Christian community marked Christmas Eve with religious services on Saturday night, expressing hope for a return of peace in the country rocked by a string of terror attacks and praying for terror victims.

Churches all across Turkey were filled with followers and people from other faiths celebrating Christmas, from the southeastern city of Diyarbakır to Istanbul further west.

In the Mediterranean city of Mersin, the local Orthodox community prayed for those killed in counter-terrorism operations and terrorist attacks. Rev. Coşkun Teymur, spiritual leader of the small Christian community in this cosmopolis of Turks, Kurds, Arabs and other ethnicities, told his congregation that Turkey is going through "a sensitive period." 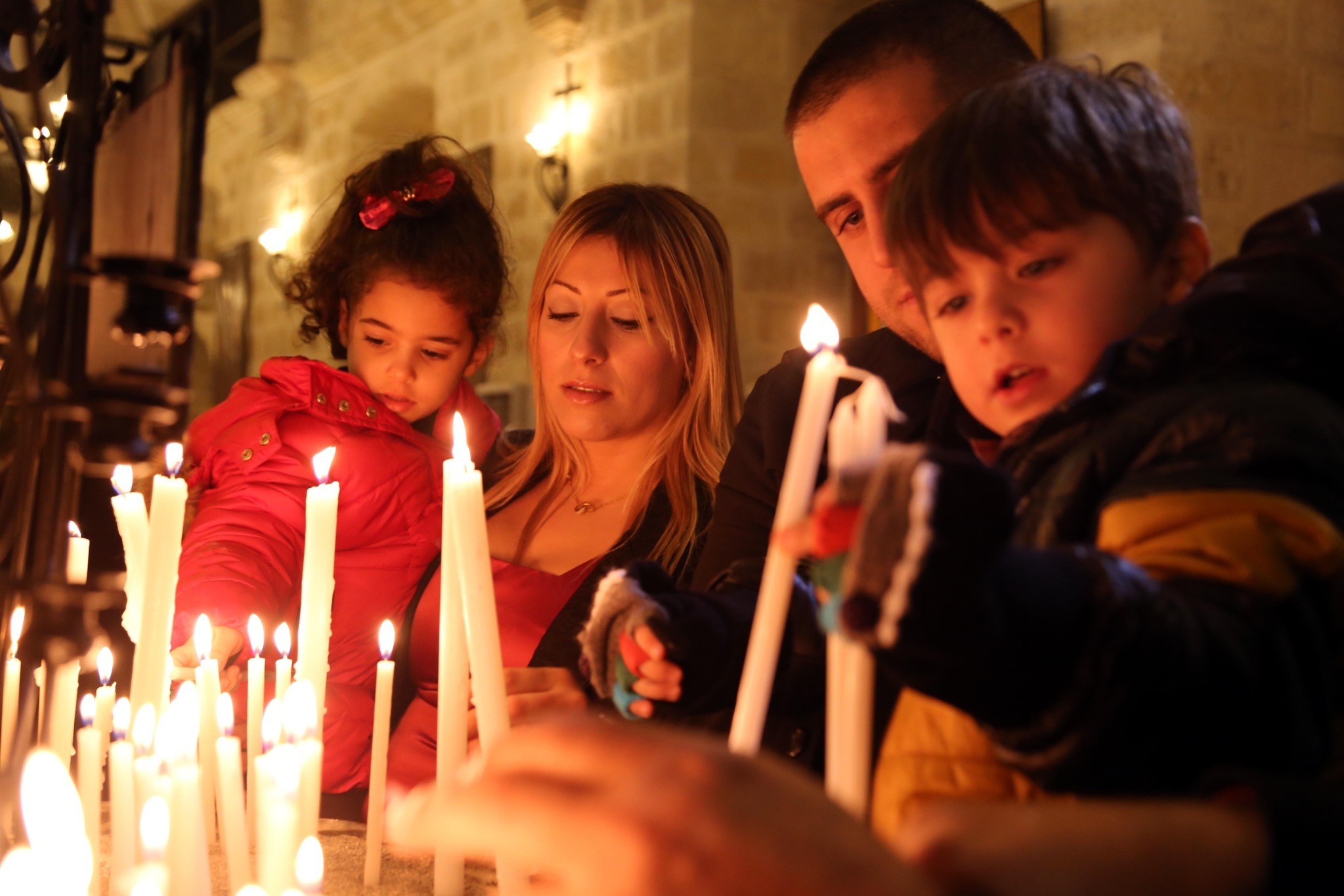 Turkey faces terror threats both from the PKK, which has been waging a campaign of violence particularly in the southeast for decades, and from Daesh, which stepped up its suicide bombings in the country since it rose to prominence in neighboring Syria and Iraq.

"We have martyrs among police officers, heroic soldiers and precious citizens of our country in the past few weeks and we share the pain of this nation," Teymur said, referring to terror attacks that killed dozens of police officers, soldiers and civilians in Istanbul and Kayseri this month and also referencing the soldiers killed in Turkey's anti-Daesh operations in Syria.

"We have been living as a minority in this beautiful country for centuries and we have always been proud of citizens. Turkey overcame many tribulations and is proud to emerge strong from its plights. Our prayers tonight are for the soldiers and policemen who sacrificed their lives for this country and we wish a speedy recovery for those injured in the attacks," he said. 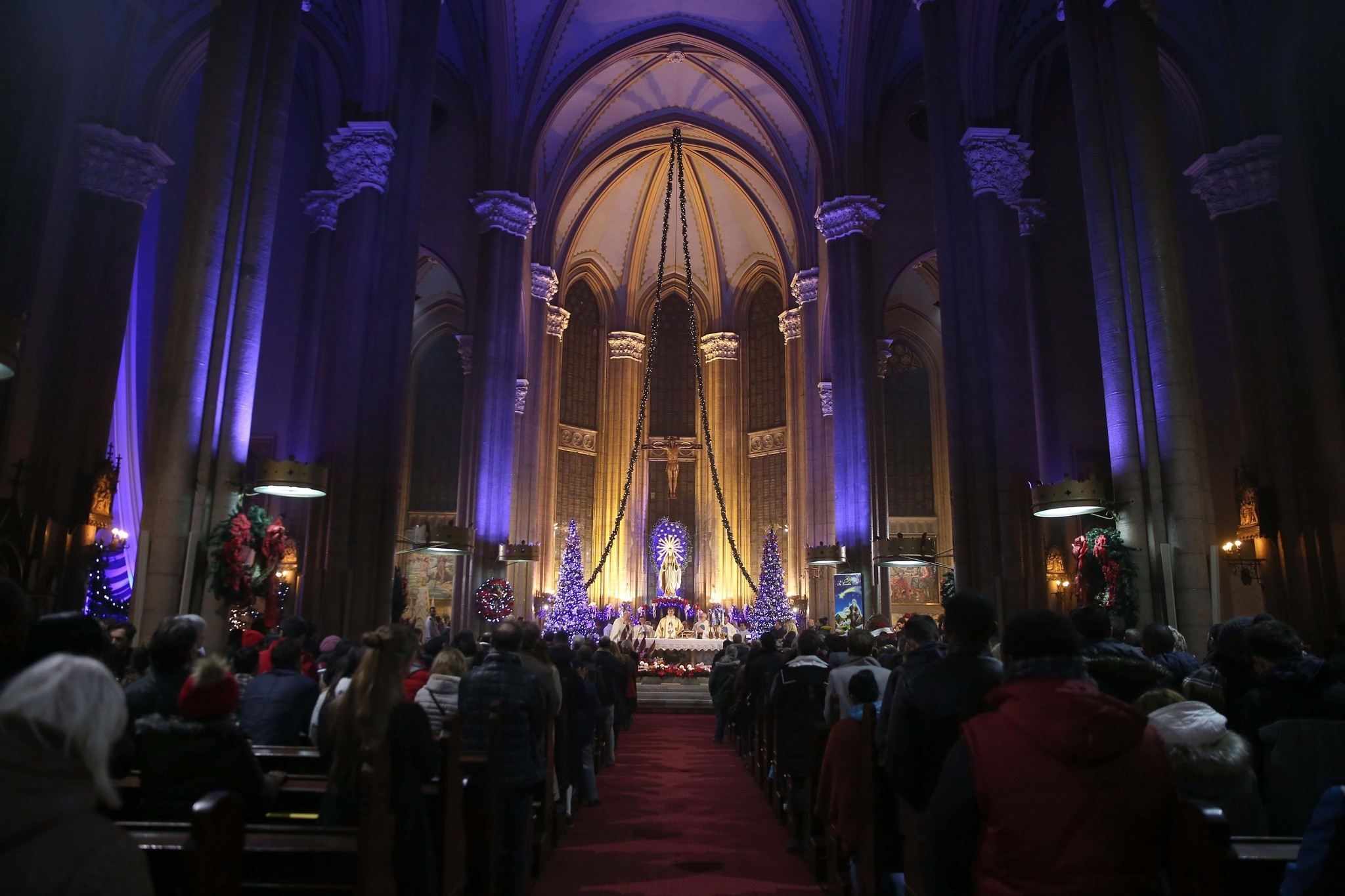 The catholic community in Mersin also prayed for those who lost their lives in the terrorist attacks and for the unity of the country during the Christmas Eve service.

In İskenderun, a town near Mersin, the Orthodox community remembered the victims of terrorism and prayed for world peace. Churchgoers observed a minute of silence for terror victims before the religious service.

In Diyarbakır, where PKK attacks claimed the lives of civilians and security personnel and destroyed historic buildings in the city, Assyriac Christians marked a gloomy Christmas Eve at the historic Meryem Ana (Virgin Mary) Church. Father Yusuf Akbulut who presided the religious service, said that although Christmas ought to be a merry occasion, the drama in Turkey's neighboring Syria where a five-year-old conflict continues at the cost of the killings of thousands, overshadowed it.

Meanwhile, the Christian community in Istanbul convened at St. Anthony of Padua church, the largest Roman Catholic place of worship in Istanbul. The church is located in the city's Beyoğlu district, which historically has been home to a Christian population for centuries.

The church hosted expats living in Istanbul as well as the local Christian community. Amid prayers in English, Polish and Italian, the faithful marked the occasion in a somber ceremony.

Though it is not a formal church, perhaps the most meaningful Christmas Eve service was in a house in Selçuk, a town in the Aegean province of İzmir. A large crowd of local and foreign faithfuls visited Meryem Ana Evi (Abode of Virgin Mary) for a service presided by Polish priest Maciej Sokolowski. The place is believed to be occupied by Mary and built by Apostle John. The Catholic faithful believe she underwent her Assumption in the house which was discovered after a series of visions by 19th century nun Anne Catherine Emmerich.

In a Christmas message to Turkey's Christian community, President Recep Tayyip Erdoğan said Turkey had a state tradition for thousands of years that allowed peaceful coexistence of diverse faiths and cultures.