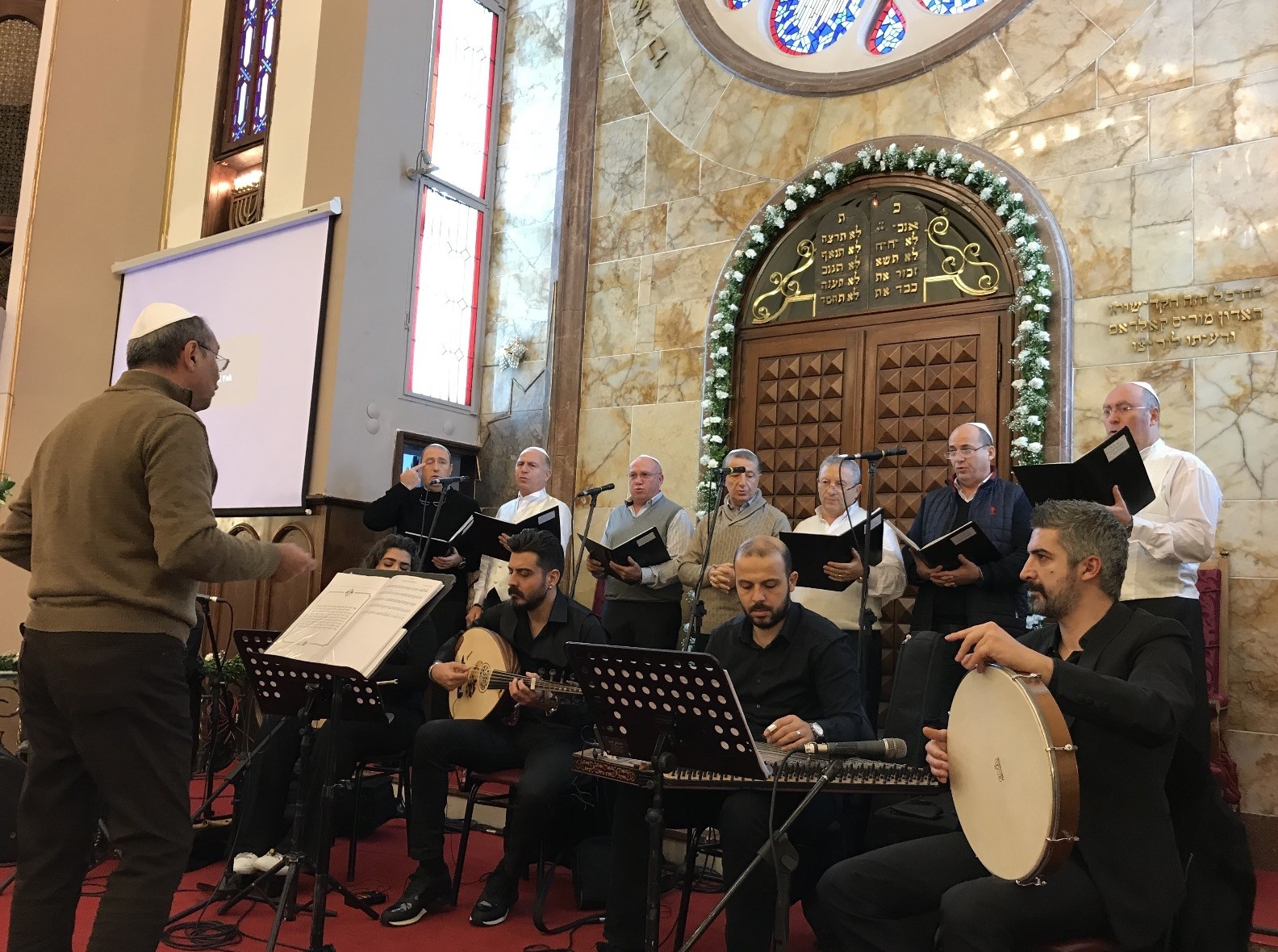 In a series of events, Turkey's Jewish community, which is concentrated in Istanbul, promoted their culture and heritage yesterday as part of the European Days of Jewish Culture.

At the Neve Shalom Synagogue Culture Center and the 500th Year Foundation Museum of Turkish Jews, visitors were introduced to various aspects of ancient culture, from music and dancing to the attire the community wore in history, to delicacies of Jewish cuisine.

Dr. Siren Bora, a leading expert on Jewish history and Judaism, introduced her book "Anatolian Jews," while Aron Nommaz, a Turkish Jewish businessman who penned his first novel about a Jewish banker in Ottoman times, introduced his new book, "Jewish Spy Jozef Nasi," at the events.

In another event, a community choir performed ancient Sephardic Jewish songs for visitors.

Speaking to Anadolu Agency (AA), Nisyan İşman Allovi, director of the Turkish Jews Museum, said the activities also presented an opportunity of interaction between visitors and experts on Jewish history and culture.

"We have events such as 'Let's Meet' and 'Living Library' where people can find answers to their questions about the community. They can also see our museum and hear Sephardic songs as well as sampling food. We also have a traditional, symbolic wedding in line with Ashkenazi rituals," Allovi says.

Siren Bora says that although the public is more acknowledged with Sephardic Jews admitted by Ottoman Empire five centuries ago, Jewish presence in present-day Turkey was much older. She pointed out to findings showing that Jews lived in Anatolia starting from the sixth century B.C. and her latest book compiled those findings.

"They are not 'guests' of Anatolia. They are one of the peoples living here," she said.

Approximately 18,000 Jews live in Turkey, most of which are inhabitants of Istanbul. They had a larger population but a pogrom and the formation of the state of Israel has led to a decline in their numbers.