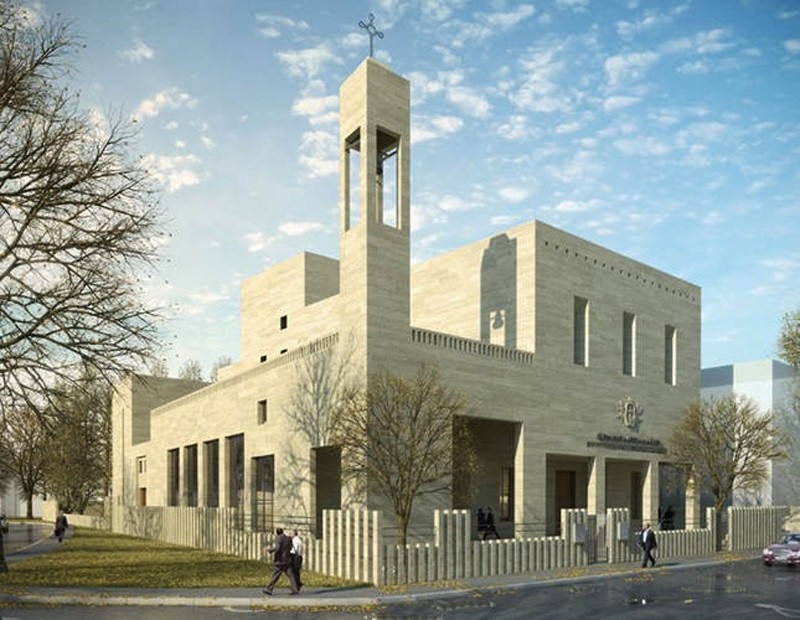 According to the report of Turkish daily Hürriyet, the Pope's confirmation settles a dispute between Syriac Christians and Latin Catholic priests over use of the cemetery as land for the new church.

The project, in process since 2013, was stopped by the court after Latin Catholic priest Pawel Symalaza filed a lawsuit claiming the group's ownership rights to the land.

The ambassador stated that Latin Catholic priests were not opposed to the construction of the Syriac church, but were concerned about the land previously used as a catholic cemetery and respectively belonging to the Latin Catholic church.

The Virgin Mary Syriac Church, which will cost $1.5 million, will be built in the Yeşilköy district of Istanbul. The Mardin Syriac community reportedly donated 200,000 euro for the church's construction.

It will be the first such house of worship to be built completely from scratch since the start of the Turkish Republic.

The church will feature distinctive Syriac architectural features as seen in the Mardin province, southeast Turkey, with its unique design produced by the Ergün Architecture firm.

The Turkish government approved the building of the church in 2015 during a luncheon then-Prime Minister Ahmet Davutoğlu held with minority leaders at Dolmabahçe Palace in Istanbul.

Members of one of the oldest Christian denominations, Syriac Christians use a language related to the ancient Aramaic of Jesus Christ in their liturgy.