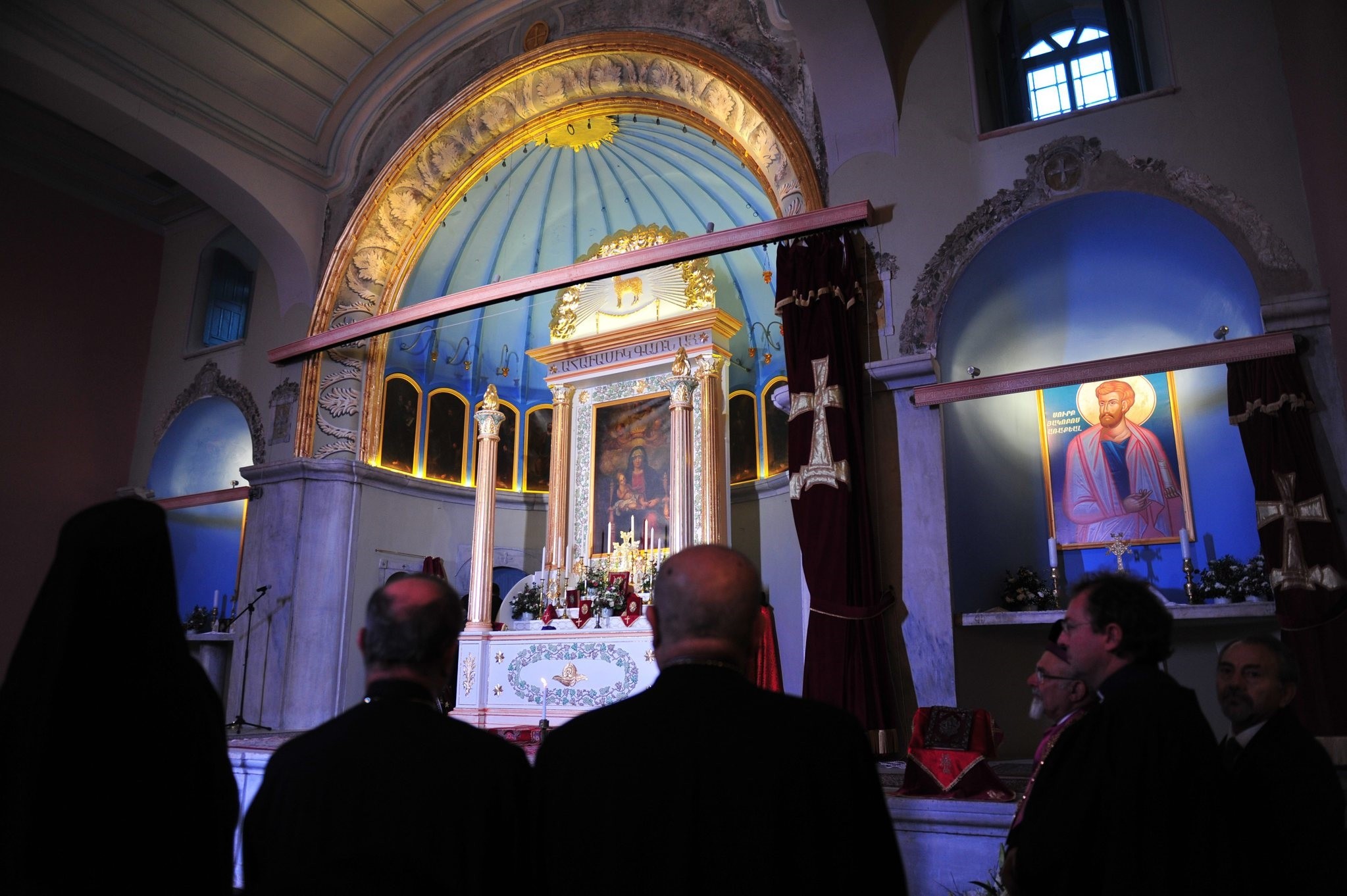 Believers pray during a mass at the Surpu00a0Vortvotsu00a0Vorodman, an Armenianu00a0Churchu00a0in the Kumpapu0131 district of Istanbul.
by Daily Sabah with AA Jan 22, 2018 12:00 am

The Armenian Patriarchate of Turkey announced its support Monday for the country's ongoing counter-terrorism operation in northern Syria's Afrin.

In a statement published on its official website, the patriarchate said that "it prays for the end of terrorist activities and the establishment of peace and common sense in the region."

"We wish the Turkish Armed Forces success in Operation Olive Branch," the Istanbul-based Patriarchate said in a written statement.

It said that churches will continue to hold prayers for the continuity and integrity of the Turkish Republic during the masses.

"The community foundations, the Turkish-Armenian Patriarchate and the Turkish Jewish Community are standing by our army. We thank all of them," Kalın said on his Twitter account.

Afrin has been a major hideout for the PYD/PKK since July 2012 when the Bashar al-Assad regime left the city to the terror group without putting up a fight.

With the newest land taken, the number of captured areas totals 15 on day three of the operation.