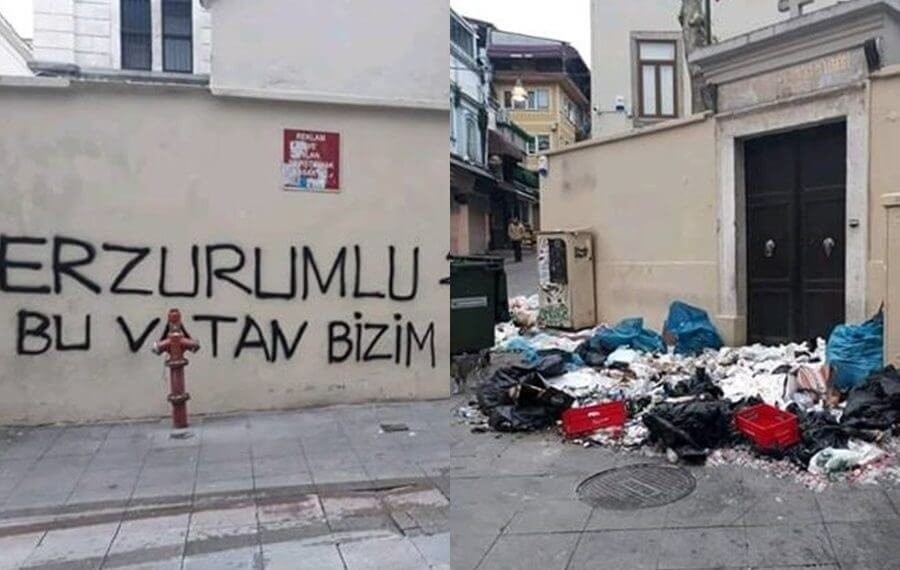 In a message posted on his official Twitter account, Yeneroğlu said that Turkey will not be provoked by such indecent acts, as he expressed sympathy with the Armenian community. He also gave a message of unity, saying that "Turkey belongs to all of us."

The report noted that the church administration identified the attacker after checking security camera footage and said that the attacker had come to the church during the Sunday service and displayed "erratic" behavior.

The Municipality of Kadıköy also condemned the attack and said municipal workers immediately cleaned the area.

The suspect hid on a rooftop and switched off his cell phone after the incident to avoid being caught.

Police said the suspect told them he committed the offense by himself, and said he was motivated to attack after feeling mistreated by the church's security personnel.

Since the ruling Justice and Development Party (AK Party) came to power in 2002, Turkey has sought to restore the rights of religious minorities as well as the worship houses of faithful minorities, ranging from Assyrians to Jews and Greeks. Many properties have been returned to these minorities decades after they were forcefully confiscated by the Turkish state, while the government continues to pursue a policy of restoring abandoned historical buildings.