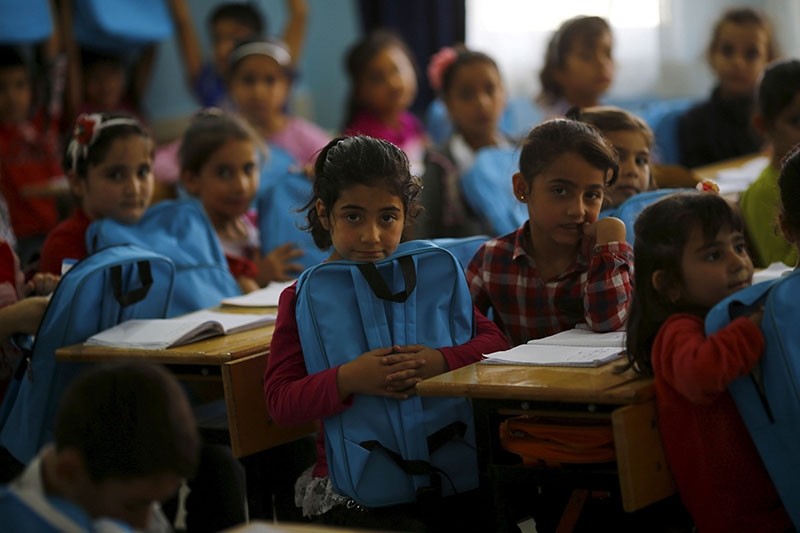 For the fourth consecutive year, Turkey has hosted more refugees than any other country in the world, a new U.N. report released Tuesday said.

This means one in every 110 humans on earth is now displaced.

The report said Turkey hosted the largest number of refugees worldwide, with 3.5 million people – most of them fleeing the Syrian civil war. Pakistan came second with 1.4 million, followed by Uganda with 1.4 million and Lebanon with nearly a million.

More than two-thirds of all refugees worldwide came from just five countries: Syria with 6.3 million, Afghanistan with 2.6 million, South Sudan with 2.4 million, Myanmar with 1.2 million, and Somalia with 986,400.

According to the report by the UNHCR, the U.N. refugee agency, an estimated 16.2 million people were newly displaced last year.

"What we are seeing in this data is overall displacement at an unprecedented high six years in a row. In terms of refugee numbers it is the largest increase in a single year," UNHCR spokesperson Matthew Saltmarsh said.

"Significant new displacement, affecting millions of people, was seen in particular from the Democratic Republic of the Congo (DRC) and Myanmar as well as continuing displacement due to the Syria crisis," the report said.

"The situations in the DRC and Myanmar deteriorated rapidly in the second half of 2017, affecting millions of people."

"The flight of refugees from Myanmar to Bangladesh occurred at a particularly rapid rate. Over 2017, 655,500 arrived in Bangladesh, mainly concentrated in 100 days from the end of August, making the humanitarian response very challenging. In addition, there was a large proportion of infants, children and pregnant women among refugees and IDPs from the DRC and Myanmar, adding a further layer of complexity for interventions," the report elaborated.

By the end of 2017, about 3.1 million people were awaiting a decision on their applications for asylum, about half in developing regions.

About half of last year's refugee population were children under 18.