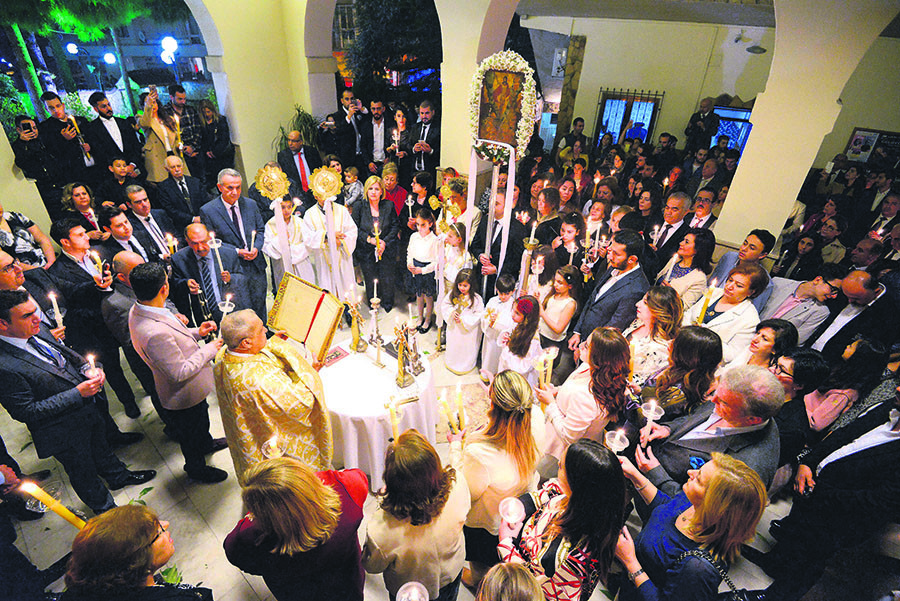 An unprecedented move removing rental fees for places of worship gives a sigh of relief to the country's ethnic and religious community whose religious rights were suppressed in the past.

The General Directorate of Foundations, a state-run authority that oversees the upkeep of most churches, synagogues and similar places of worship, started free allocation of those places to communities. The decision currently covers places overseen by the directorate, and a church in Istanbul was the first to be handed over for free [at least for 49 years - a standard period for allocation of state properties]. It was followed by free allocation of Mar Yuhanna Church in southern Hatay province to a Greek Orthodox foundation.

Speaking to Anadolu Agency (AA), Directorate President Adnan Ertem said the decision would change perception towards Turkey for its stance on "minorities." Members of faiths outside Islam are often referred to as "minorities" by officials in the Muslim-majority country. Ertem said the decision also put an end to a lawsuit by the Syriac Catholic Foundation in Istanbul in the European Court of Human Rights for handover of an Istanbul church, reminding that the court advised settling the issue.

Zeki Basatemir, head of the Syriac Catholic Foundation that benefited from the free allocation of Sacre Coeur, said they were pleased with the decision. He said there was a disputed legal process that continued for some 20 years on allocation of the church, which is already in use by the foundation. "I spent much time on the issue, and we are very happy with the decision. I thank Mr. Ertem for his contribution," Basatemir said, adding he got "emotional" while signing a protocol with Ertem for the allocation. "May God bless our state," Basatemir said. Sacre Coeur church, built by Jesuit priests in 1910, was handed over to the state-run Treasury when the Jesuit community left Turkey in the following decades. At the end of the 1970s, the Syriac Catholic community that migrated from other parts of Turkey to Istanbul started using it after reparations, as they did not have a church in the city. The community was officially allocated ownership of the church in 1997, but legal hurdles preventing free allocation forced them to file a lawsuit for custody of the church.

Since the Justice and Development Party (AK Party) came to power in 2002, Turkey has sought to restore the rights of religious minorities as well as their houses of worship, including those of Syriac communities, Jews and Greeks. Many properties have been returned decades after they were forcefully confiscated by the Turkish state, while the government continues to pursue a policy of restoring abandoned historical buildings.