Ukraine hopes Istanbul patriarchate will grant autonomy to its church 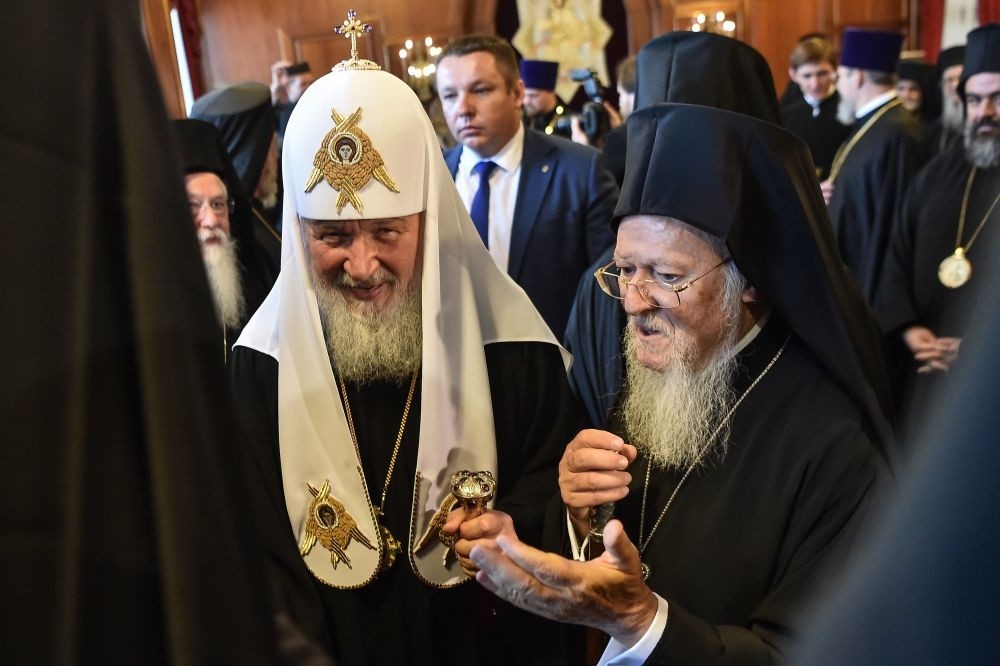 All eyes are on the Istanbul-based Fener Greek Orthodox Patriarchate in a dispute between Ukrainian and Russian churches who are fighting for influence in the Orthodox community. The patriarchate in Istanbul has the authority to grant autocephaly, a form of autonomy, for Orthodox churches in other countries. The Ukrainian President Petro Poroshenko said on Monday that he was sure that a process started three years ago for granting autonomy to Ukrainian churches will end with independence for the country's church, noting that it was important for his country's "independence."

Yet, the likely decision that is expected to be announced within a month, bothers Moscow Patriarchate, as Russia and Ukraine are at odds due to a pro-Russian separatist uprising in eastern Ukraine. Moscow Patriarch Kirill met Fener Greek Orthodox Patriarch Bartholomew last week in Istanbul as a synod, a meeting of top clergy members, convened to discuss autocephaly.

Speaking after last week's meeting, Metropolitan Emmanuel of France, who is part of a committee dealing with the issue, told the Associated Press that the final step of the procedure was yet to be reached but there was "no going backwards" in granting autonomy.

Poroshenko has launched a campaign to persuade Bartholomew, seen by many as the first among equals of Orthodox leaders, to accept Ukraine's request. Ukrainian politicians see a declaration, known as a "Tomos of Autocephaly," as a key step in consolidating their country's national identity. Russian religious leaders see it as an attack on Orthodox unity and are fighting to stop it. Russia's Tass news agency, meanwhile, quoted Patriarch Kirill after the meeting with Bartholomew that "the organization of the Orthodox churches is such that not one church can make a decision that contradicts the position of the other churches. Therefore we are simply programmed for cooperation."