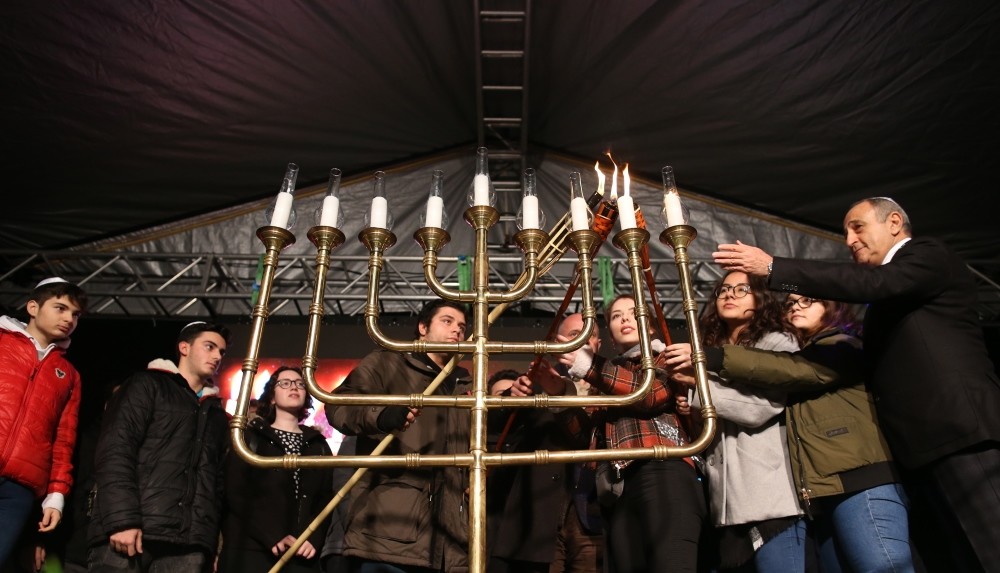 Turkey's Jewish community marked the end of Hanukkah, also known as the festival of lights, on Sunday night. In synagogues across Turkey and in parks in Istanbul's Nişantaşı neighborhood, community members lit menorahs to observe the festival which started one week ago. Hanukkah's last night was celebrated with Ladino songs.

The Jewish community in Turkey is mostly descendants of Sephardic Jews that took shelter in the Ottoman Empire after fleeing Spain centuries ago. Their numbers, mainly concentrated in Istanbul nowadays, dwindled with a pogrom decades ago and after migration to Israel.

In Şişli, the Istanbul district that has been historically home to the Jewish community, the faithful joined locals to mark the day in Nişantaşı Sanat Park. Addressing the crowd there, Chief Rabbi İsak Haleva said the festival hosted "a magnificent view [of unity]."

"I hope this sets an example for unity and togetherness," Haleva said.

Speaking to Demirören News Agency, Yusuf Kuruner, one of Turkish Jews who attended the celebration in Nişantaşı, said they were happy to celebrate the festival in public. The community, whose synagogues were subject to terrorist attacks in the past, shied away from marking the day in public for years. The first public celebration was at Beşiktaş's Bosporus shore three years ago.

Turkey has around 18,000 Jews according to the Turkish Jewish community.