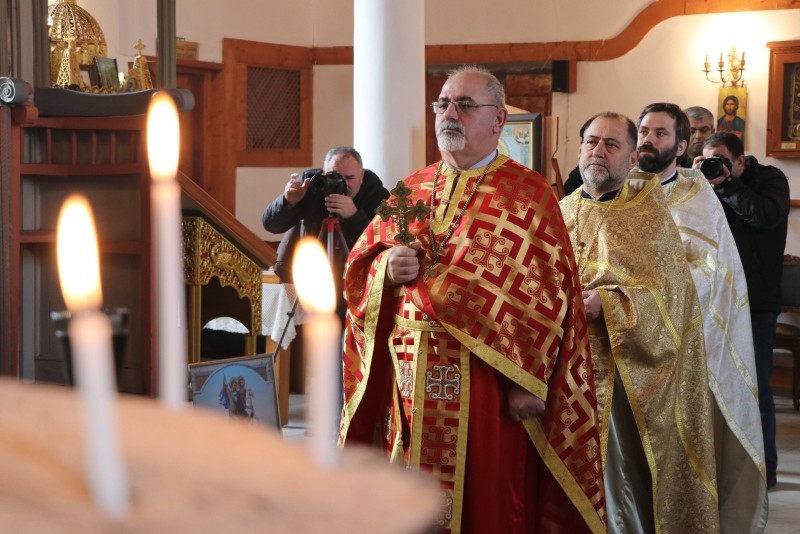 The Christian community of Turkey, home of the saint who inspired Santa Claus, will mark Christmas with festive events and religious services this week

Turkey's Christian communities will mark Christmas on Tuesday while most Orthodox churches will mark the day next month due to a difference in calendars.

A Bulgarian Orthodox church in Edirne, the Turkish city bordering Bulgaria, held an early Christmas service Sunday, with the participation of the faithful from Greece, Bulgaria and Edirne. Reverend Alexander Çıkırık of Sveti Georgi Church of Edirne presided the mass in the company of Metropolitan Kipriyan from Bulgarian the city of Stara Zagora.

"We have guests from Bulgaria and Greece here. It doesn't matter where you are from as long as you love Jesus Christ. We celebrate His birthday here in unity and you see how we achieved peace here as Bulgarians, Greeks and Turks," Çıkırık said.

"We attach importance to the fact that all our citizens can observe their own culture, traditions and religion freely as members of a civilization that stands against discrimination of ethnicity, race, language, religion or sect and cared for people throughout its history. We believe that our unity and togetherness is stronger if we view differences as richness and if we establish mutual respect, justice, freedom of religion and faith in these lands where diverse cultures and traditions coexisted in peace for centuries. I congratulate Christmas for our Christian citizens and the whole Christian world," Erdoğan said in his message.

Turkey, home to a mixed Christian community of Orthodox, Catholic and Protestant faithful who trace their roots before the centuries-old Ottoman rule, is also regarded as birthplace of St. Nicholas, a bishop recognized as a saint in the Orthodox world whose charitable ways inspired the modern-day image of Santa Claus.

Although non-Christian citizens of Turkey do not celebrate religious aspect of Christmas, predominantly Muslim Turkey mixes Christmas images with New Year celebrations, be it by decking out the streets with festive lights to Christmas trees and dinners where turkey is the main dish.

On the Christmas Eve and Christmas, religious services will be held in churches all across Turkey, from the Church St. Anthony of Padua, Istanbul's largest Roman Catholic Church, to Fener Greek Orthodox Patriarchate in the city that serves as leading authority of majority of Orthodox churches in the world.