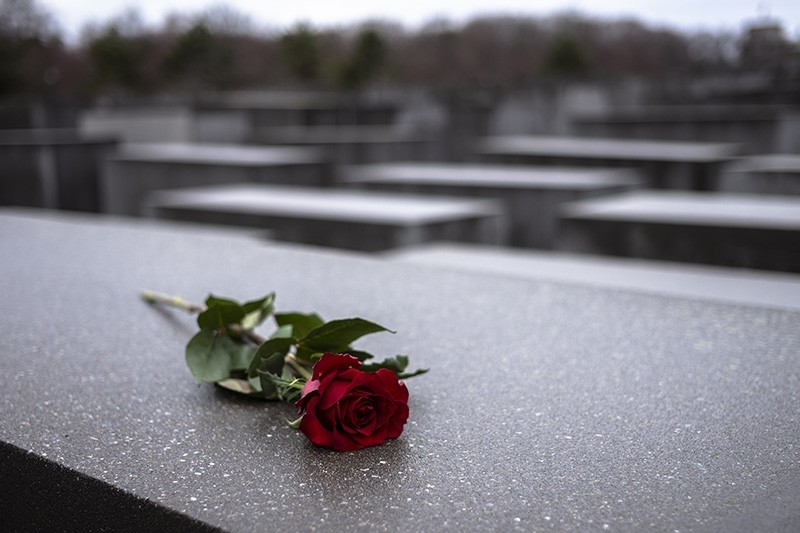 Turkey marked Sunday as International Holocaust Remembrance Day, commemorating the more than 6 million people brutally and systematically murdered by the Nazi regime during the 1940s.

The foreign ministry on Saturday issued a statement commemorating the victims of the genocide and calling attention to issues of hate and racism today that threaten the freedoms and safety of certain people groups.

"The rise in antisemitism, racism, xenophobia, and Islamophobia in today's world is worrying. It is essential to resolutely fight against these hate-based phenomena that pose threats to global stability," the statement said.

"We also remember with respect the Turkish diplomats who aided those victims fleeing this horrible tragedy," it added, recalling the Turkish ambassadors and consuls who risked their lives to save Jews across Europe and the Mediterranean from the long arms of the Nazi regime.

"Turkey opened its doors to hundreds of Jews, including scientists, fleeing Nazi persecution and today provides protection to millions of people escaping from cruelty," the statement said, adding that Turkey would continue to fight against racism, xenophobia, anti-Semitism and "all forms of extremism."

On Thursday, Ankara University hosted members of Turkey's Jewish community to mark Holocaust Remembrance Day and to remember the dozens of Holocaust survivors who took positions at the university decades ago.

The university hosted representatives of the Jewish community, including Chief Rabbi Isak Haleva and community leader Ishak Ibrahimzadeh, following a religious service in an Ankara synagogue to remember Holocaust victims. The event was also attended by Turkish Deputy Foreign Minister and Director for EU Affairs Ambassador Faruk Kaymakçı, representatives from the Ministry of Foreign Affairs and the chancellor of Ankara University.

Turkey, home to a sizable Jewish community concentrated around Istanbul, in 2008 joined the International Holocaust Remembrance Alliance, an intergovernmental body established in 1998 to coordinate political and social support for Holocaust education, remembrance and research as well as to combat anti-Semitism and has regularly marked Holocaust Remembrance Day since then.