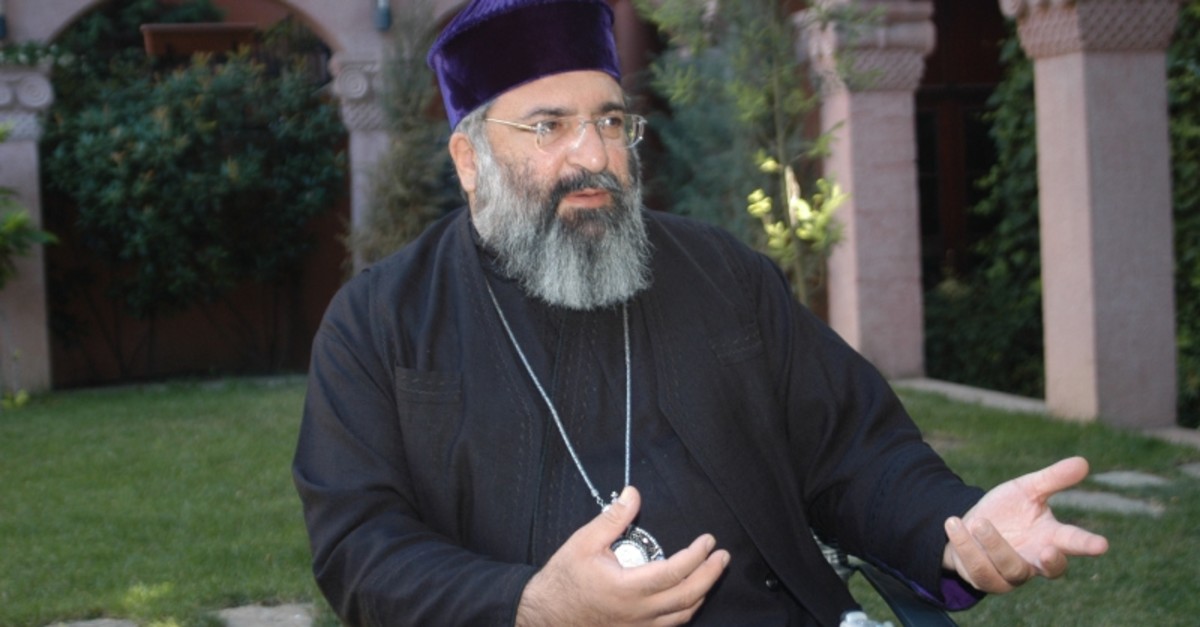 The Armenian Orthodox Patriarch in Turkey, Mesrob Mutafyan, died Friday in the Yedikule Holy Savior Armenian Hospital in Istanbul at the age of 62 after a long battle with dementia. Hospital officials said Mutafyan died of a heart attack.

Mutafyan, officially known as Mesrob II, began suffering from dementia in 2008 and has been in a vegetative state since then. Mesrob II had been receiving treatment in the same hospital since his diagnosis.

His lengthy illness had triggered a debate in the Armenian community of Turkey on who should succeed the patriarch. Mutafyan was the 84th patriarch of Turkey's Armenian Orthodox community and succeeded Karekin II in 1998. Archbishop Aram Ateşyan was appointed to serve as Patriarchal Vicar, as Mesrob II had to withdraw from his duties due to his illness.

A new patriarch could not be elected as Turkish laws prohibit any elections while a standing patriarch is alive. Ateşyan has faced criticism from prominent figures in the Armenian community for allegedly blocking bids to start an election process. The dispute was partly resolved when an archbishop was appointed as locum for the launch of the election process, but it failed to quell tensions in the community. A patriarchal election must be held by the synod, and the synod has to apply to the Interior Ministry after approving the election. The government ruled out the election of a new patriarch, while Mutafyan was still alive, but a group of Armenians had filed a lawsuit to remove the regulations blocking the election.

Mesrob Mutafyan was born in Istanbul and studied sociology and philosophy in the U.S. before returning to Turkey. He was ordained by the priesthood in 1979 and appointed as pastor to Kınalıada, an island near Istanbul where a small Armenian community lives.

Bedros Şirinoğlu, who heads an association of Armenian foundations, including the foundation that runs the hospital where Mutafyan died, told reporters on Friday that the patriarch died at 12:45 of a heart attack. "He was a valuable clergyman and was very fond of his country, his nation. Unfortunately, he suffered this illness that cut short his tenure. Our staff at the hospital did everything they could to keep him alive, but we ultimately failed," Şirinoğlu said. He said funeral arrangements for the late patriarch would be arranged later.

President Recep Tayyip Erdoğan called Aram Ateşyan upon hearing of Mutafyan's death and gave his condolences to the Armenian community for the loss of their patriarch.

Turkey's Armenian community is mainly concentrated in Istanbul, and the Orthodox patriarchate has the largest congregation among the community. The patriarchate traces its roots back to the conquest of Istanbul by the Ottomans and Mehmed II (Mehmed the Conqueror) who is credited with paving the way for the establishment of a patriarchate. Before the sultan granted them religious freedom, Armenians were forced to pray in the Byzantine churches of other communities in the city. The patriarchate was an influential religious authority for Armenian communities around the world until the early 20th century, but its influence decreased over time, especially after the Armenian population in Turkey diminished following World War I and after the collapse of the Ottoman Empire.