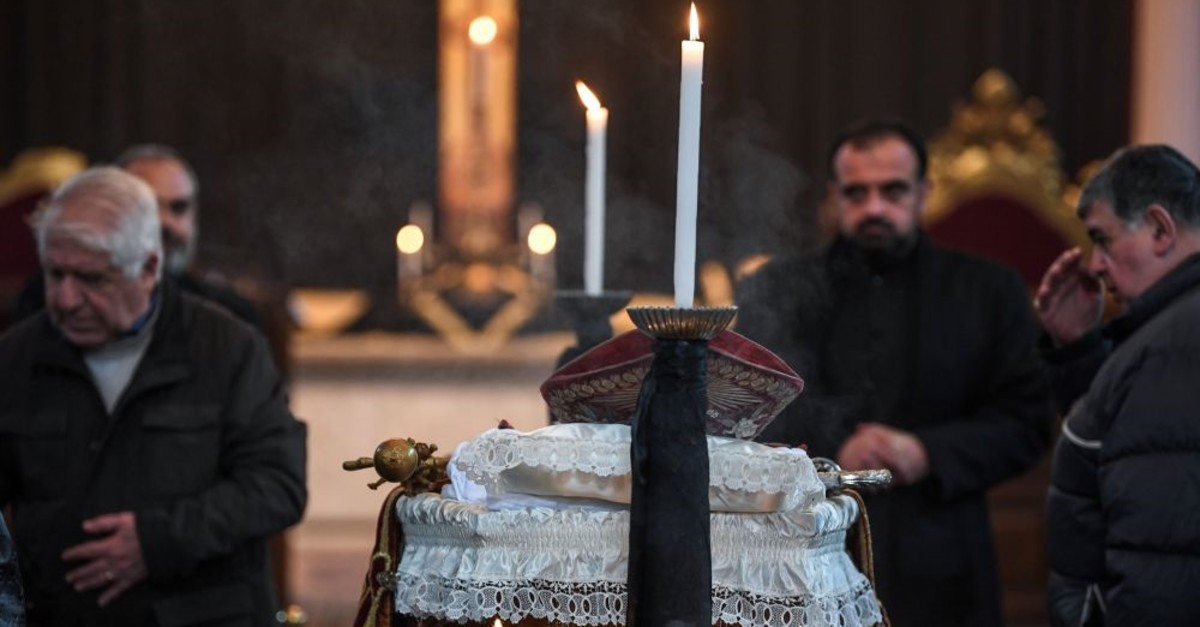 A funeral is scheduled for Sunday for Mesrob Mutafyan, the late Armenian patriarch who passed away on March 8.

The body of Mutafyan, who died at the age of 63 after a long battle with an illness that rendered him bedridden since 2008, was laid in state yesterday at Kumkapı Meryem Ana Church of Armenian patriarchate in Istanbul. The funeral is expected to draw a large crowd from the local Armenian community as well as representatives of churches from Armenia, Lebanon, Jerusalem and the Vatican. Mutafyan will be buried in a plot designated for deceased Armenian patriarchs in the Şişli Armenian Cemetery.

The Armenian Patriarchate also declared a mourning period until Easter mass on April 21. Churches are barred from hosting or organizing any non-religious events during the mourning period.

Mutafyan, officially known as Mesrob II, began suffering from dementia in 2008 and has been in a vegetative state since then. Mesrob II had been receiving treatment in an Istanbul hospital since his diagnosis and was rarely photographed. The patriarch was 84th in a long line of Armenian religious leaders and succeeded Karekin II in 1998. He was a respected figure both in the Armenian community and in Turkey. After this illness, Archbishop Aram Ateşyan was appointed to serve as acting patriarch.

Mesrob Mutafyan was born in Istanbul and studied sociology and philosophy in the U.S. before returning to Turkey. He was ordained by the priesthood in 1979 and appointed as pastor to Kınalıada, an island near Istanbul where a small Armenian community lives before he rose the ranks in the patriarch and was finally appointed to lead it.

Turkey's Armenian community is mainly concentrated in Istanbul, and the Orthodox patriarchate has the largest congregation among the community. The patriarchate traces its roots back to the conquest of Istanbul by the Ottomans and Mehmed II (Mehmed the Conqueror) who is credited with paving the way for the establishment of a patriarchate. Before the sultan granted them religious freedom, Armenians were forced to pray in the Byzantine churches of other communities in the city. The patriarchate was an influential religious authority for Armenian communities around the world until the early 20th century, but its influence decreased over time, especially after the Armenian population in Turkey diminished following World War I and after the collapse of the Ottoman Empire.