A thrilling homecoming for Jewish woman after 74 years 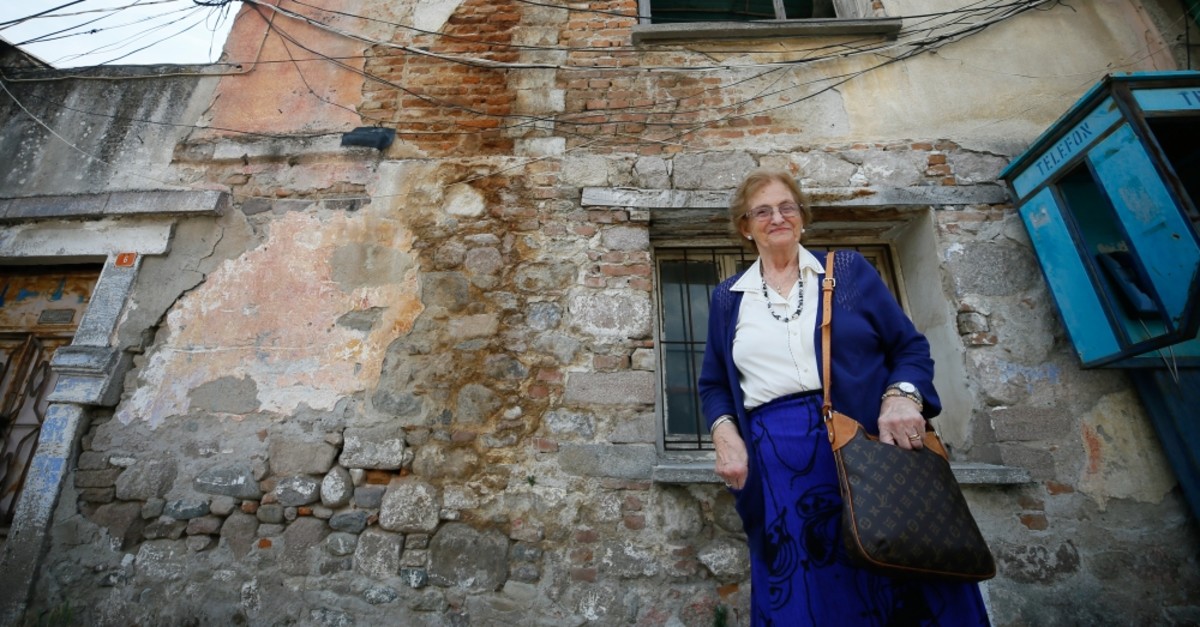 Her perfect command of Turkish belies a lifetime spent in Argentina, but 85-year-old Raşel Kazes is no stranger to Bergama, a town that is better known as the successor to the rich ancient city of Pergamum. Kazes, a Sephardic Jew, was born here, but life had other plans for her. She was married at the age of 16 to another Turkish-born Jew, and the couple settled in Argentina where her husband's family lived. She never left the Latin American country for Turkey, but her childhood memories in Bergama were always fresh.

Finally, on Wednesday, after 69 years, she returned to the neighborhood where she grew up and last saw at the age of 11 after a trip organized by Turkish Airlines and the assistance of the Turkish Embassy in Buenos Aires.

Accompanied by her daughter Silvia and grandson Brian, Kazes, trembling with excitement, toured Bergama, about two weeks after she started her trip to Turkey. Twice hospitalized for illnesses related to her advanced age, Kazes did not give up and was finally able to arrive in Bergama yesterday. An archaeologist and an architect accompanied the family as the elderly lady clung to old, black and white photographs of her former neighborhood, with the hope of finding the house where she was born. A red-painted courtyard, a bridge over the stream was all she remembered viewing while looking at the window of her childhood home, and finally, the family located it. Long gone was the house of her family, which local historians believe had been demolished or collapsed after Kazes' parents left Bergama 12 years after she went to Argentina. Still, memories rushed back as she leaned on the wall of an old house on the street where she spent her childhood. She watched the old stone bridge as she spoke to an Anadolu Agency (AA) reporter covering her trip. "I was sick and would miss my flight back to Argentina if I came here, but I decided to stay. I can't leave without seeing Bergama," she said.

"I always dreamed of coming here, and I am so pleased and excited now," she said as she walked through the old quarter of the town where old houses and new ones mingle. "There weren't so many houses back then," she adds as she looks around.

Kazes' family left Bergama for Gallipoli, another western town, before her marriage and she met her future husband there. Her husband was more eager to visit Turkey but family's financial condition prevented them in the early years of their marriage. Then, they were busy with raising their daughter and just as she and her husband Naftah decided to travel, doctors diagnosed him with Alzheimer's. He died four years ago, but Raşel was determined to pursue his dream of going to Turkey, "with a Turkish passport" instead of an Argentine one. The Turkish Embassy granted her wish finally. "Of course, I'd return one day, but I always dreamed of coming back with my husband," she laments.

Like most Jews in Turkey, Kazes traces her family roots to Sephardic Jews who migrated from Spain where they were persecuted and expelled to Ottoman lands where Sultan Bayezıd II admitted them. The majority settled in Istanbul, while others chose İzmir where Bergama is located. Their numbers dwindled over the centuries, and today, only a small community remains in İzmir, while the majority of the descendants of Sephardic Jews reside in Istanbul.