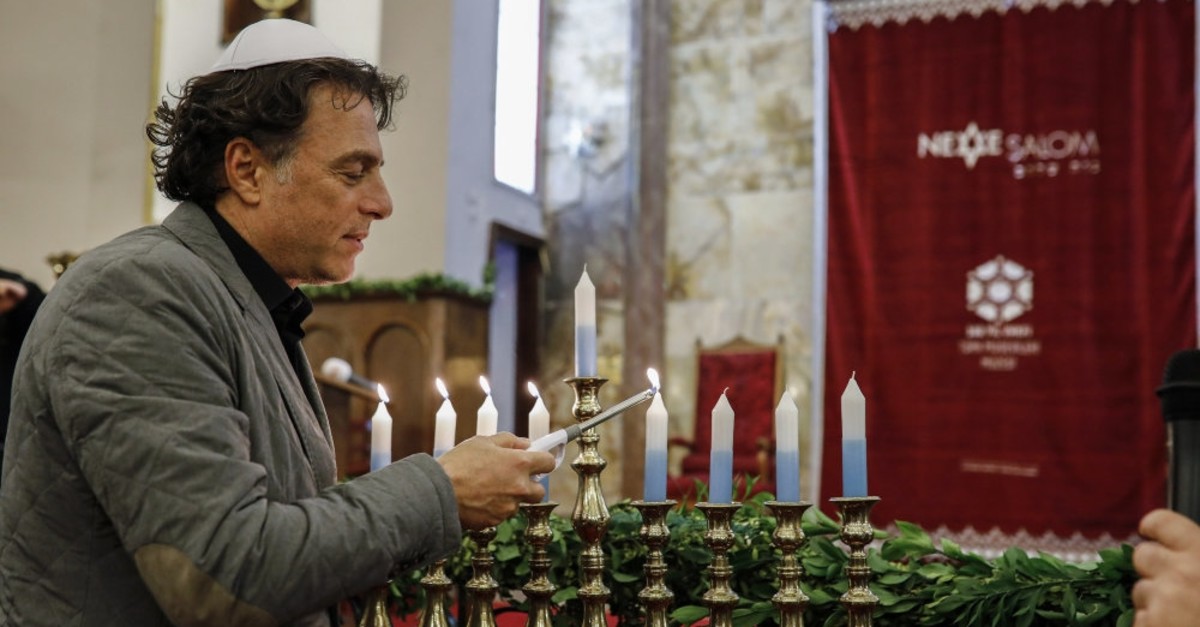 It has been 527 years since the expulsion of Sephardic Jews from Spain. Prominent figures of the community say the Ottomans gave them the right to live in peace and their ancestors introduced the empire to new benefits

On July 30, 1492, the Spanish monarch ordered the expulsion of Jews from the country, paving the way for a harrowing chapter in Jewish history. Sephardic Jews, as they are known, named after Sefara or Spain in Hebrew, found shelter at the other end of the continent: In Istanbul, the capital of the Ottoman Empire. "Jews won their right to live under the Ottomans," Moris Levi, a prominent figure of Turkey's Jewish community said on the anniversary of the Spanish edict, which came exactly one century after waves of massacres targeting Jews and months after the conquest of Muslim-ruled Granada by Spain's Catholic monarchs.

Granada was host to a sizable Jewish population then and Levi says that Sephardic Jews brought their culture, traditions, Western views and economic values from Granada to the Ottoman Empire.

"The right to live was the most important gain for Jews. If they continued living in Spain in defiance of [the edict], they would be probably massacred. If they went to other parts of Christian world, in the medieval times, they would face numerous troubles as well," Levi, who represents religious minorities in Turkey's General Assembly of Foundations, told Anadolu Agency (AA).

In turn, Jews brought benefits to the Ottoman Empire, which was at the dawn of its "rising" period, 39 years after the conquest of Constantinople. Levi says that most important thing Jews introduced to the Ottoman Empire was the printing press though he laments that it did not flourish. "People earning a living from calligraphy lobbied for a ban on the printing press. If it was introduced by the end of the 15th century, the Renaissance would not be born in Europe but in the Ottoman Empire," he says. He says Jews also brought another gain for the Ottomans and this was a Westernized point of view. "The Ottomans were a global empire, a strong state and needed to be open to every view," he noted.

Levi says the Jewish community has also been a valuable asset in terms of the crafts and occupations they had. "Jews served as important people in diplomacy and medicine," he points out.

He says that Jews arrived in the Ottoman territories after escaping Spain because they believed that their lives, dignity and possessions would be protected. "They lived for centuries in [Granada] safely and Ottomans, like those in Granada, were Muslims. They knew they had a future there. Jews both earned for themselves and contributed to this country. In the end, the Ottoman Empire grew larger while Spain lagged behind other European countries," he said.

Turkey has around 18,000 Jews according to the Turkish Jewish community and their population is concentrated in Istanbul. Levi says cultural diversity the community brought was important for society. The community had a higher population but numbers dwindled in the 20th century as most migrated to Israel after its establishment while an unfortunate pogrom in the 1950s led some to leave Istanbul.

He said that his community prays for Turkey and its leaders, including President Recep Tayyip Erdoğan, on their special days. "This is an ancient rule for community, to abide by the rules and laws of the countries they live. Never in their history had Sephardic Jews who came to Ottoman Empire rebelled against the empire. They always observed the laws and were in harmony with those ruling, governing the country. This is because Jews have been a minority throughout history and that led them to be more diplomatic, to establish good relations with others," he says.

"I am saying with an open heart that I love my job, I love my friends, and above all, I love my country. I keep saying this at every opportunity. My priority is the country I live in. I owe a lot to this country," said Keribar, who won Turkey's Presidential Culture and Arts Prize in 2018.

His name was heard on the world stage as a prominent Turkish Jew, after he won prizes for his lifestyle photography, from National Geographic magazine, twice in 1991 and 2000.

"I am a member of Jewish community but I never encountered any discrimination," Keribar says, adding that he would not live in Turkey if he faced discrimination.