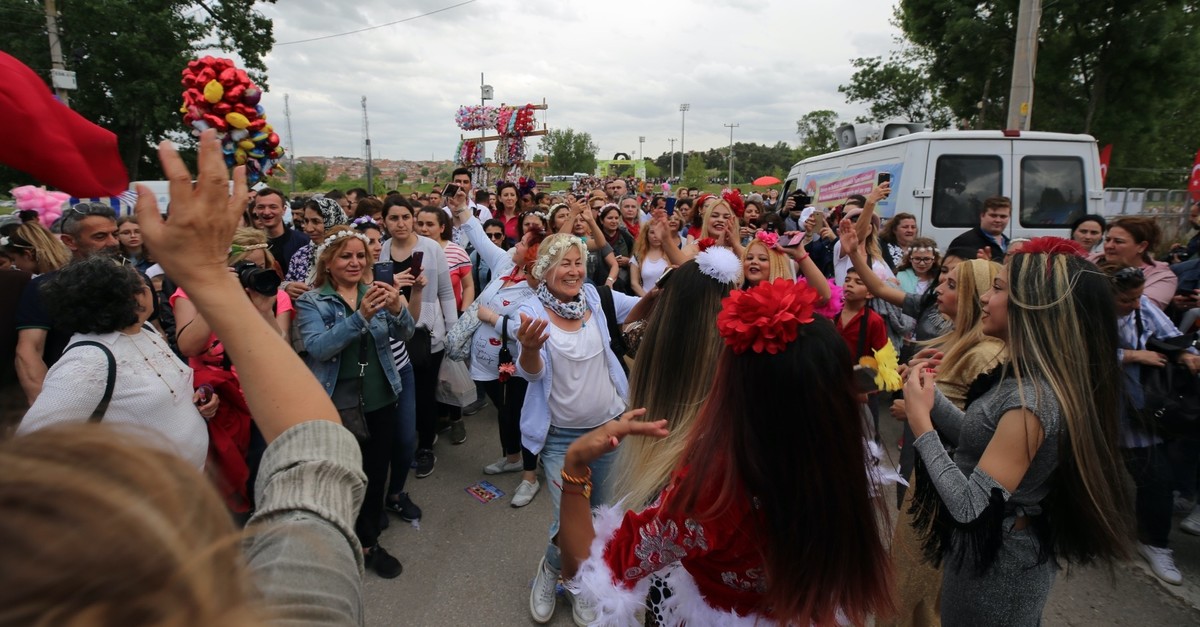 Roma community dances during the Kakava festival, celebrated in May, where they celebrate the coming of spring and Roma culture.
by Daily Sabah with AA Oct 07, 2019 12:29 am

The reforms enacted to improve the rights of the Roma community have now begun to bear positive results, Turkey Roma Confederation head says

The government's action plan for the Roma community has been progressive and fruitful, Ahmet Çokyaşar, the chairman of Turkey Roma Confederation, has said in an interview with Anadolu Agency (AA).

"The Roma opening has surely been useful. Feeling comfortable in our programs today means we have begun to see the fruits of the Roma's inclusion. We were not able to act that easily in the past," Çokyaşar said, referring to the projects that have been prepared within the scope of "Roma Strategic Action Plan," which is planned to continue until 2021.

The "Roma opening" activities were initiated in 2016 during President Recep Tayyip Erdoğan's period as prime minister. Throughout the world, the Roma are one of the most impoverished and discriminated against ethnic groups, despite their population exceeding millions in developed countries. Turkey is home to one of the biggest Roma communities in the world with official estimates putting the number between 500,000 and 700,000 people. Çokyaşar said that education and employment are the biggest problems for the Roma community. "One of the reasons why the Roma community does not benefit from citizenship laws is a lack of education. Our uneducated citizens do not know how to access the opportunities offered by the state," he added.

Most Roma citizens work in low-level and low-paying jobs due to their limited access to education. The government has worked to help them access better jobs with better social security and seeks to encourage participation in free vocational training courses where participants are automatically employed in public services and private companies once they complete the training.

Çokyaşar stated that Roma citizens without civil marriages face some specific problems, causing children to be destitute and unable to access the state benefits. He also pointed to the housing problems in Roma neighborhoods, adding the state should immediately identify makeshift buildings and resolve housing issues.

Çokyaşar underlined the long-lasting prejudice against the Roma community, arguing that the Roma were marginalized by Settlement Law No. 2510, which entered into force on June 14, 1934.

Explaining that this legal article, which contained the statements that Roma community could not be resettled, was abolished in 2006 during President Erdoğan's period as prime minister, Çokyaşar recalled that when there was a problem in a region, the Roma community used to be implicated. "But now everything has changed. The Roma opening will remove all these problems. Hopefully, everything will be regulated in 10 to 15 years," he added. Erdoğan spent his childhood in a neighborhood in Istanbul with a large Roma population. His approach to the Roma community in Turkey has often been mentioned in his speeches and has been welcomed by the community. Moreover, many reforms have been introduced during successive Justice and Development Party (AK Party) governments since 2002.

WE ARE ALL UNDER THE SAME ROOF 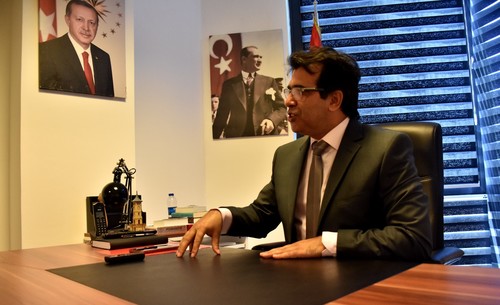 Çokyaşar stated that it was not acceptable for the Roma community not to be integrated into society. "Everyone needs to get one step closer to one another. We all need to be integrated. How can we integrate when you do not like me? We live our culture, but we are all under the same roof in Turkey," Çokyaşar said, expressing their willingness to fight to end prejudices in society. The state policies towards Kurdish, Armenian, Alevi, Assyrian and Roma communities have been reformed to a large extent, increasing personal freedoms and rights.

"The Roma opening has surely been useful," Çokyaşar further stressed. "Feeling comfortable in our programs today means we have begun to see the fruits of the Roma inclusion.

We were not able to act that easily in the past. The state is now positively discriminating for the Roma community. The possibilities of the state are open to the Roma. We make use of these facilities."