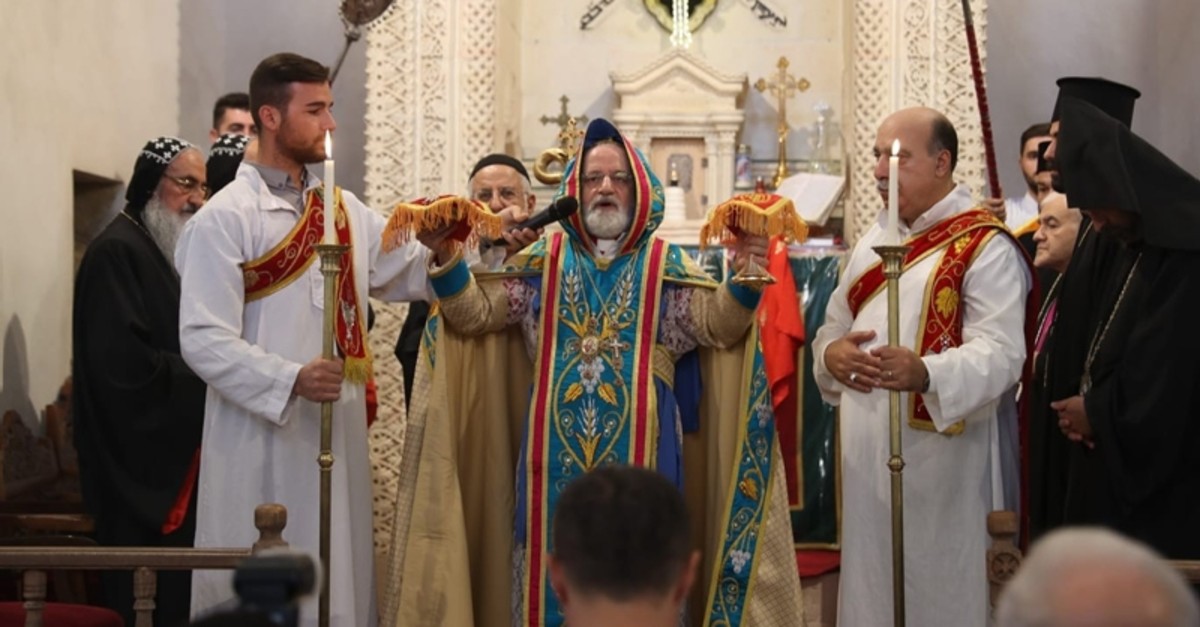 Religious minorities in Turkey organized a prayer event on Sunday for the soldiers participating in anti-terror Operation Peace Spring in northeastern Syria.

Speaking at the mass, Metropolit of Mardin and Diyarbakır for Assyriac Church Saliba Özmen said he prayed for the success of the operation and offered his condolences to the families of killed soldiers.

Metropolit of Mardin and Diyarbakır for Assyriac Church Saliba Özmen reads his statement as Turkey's religious minorities pray for the soldiers participating in #OperationPeaceSpring in northeastern Syriahttps://t.co/GOkhK9mcQ2 pic.twitter.com/rw3kSigjAl


"It is our sincerest hope and prayer that the Operation Peace Spring brings lasting peace and calm to Syria and to the rest of Middle Eastern nations. Let us not spare our prayers for regional peace and stability and to those who fight for it," Özmen said.

"We Syriacs have lived in these lands for more than 5,500 years. We have always sided with our government during both the Ottoman Empire and the Turkish Republic. We are praying and offering our support for the success and development of our nation," Çetin said extended his condolences to fallen soldiers.

Archbishop Sahak Masalyan, head of the Armenian Patriarchate of Turkey's Spiritual Council, delivers his statement during a prayer event for the soldiers participating in #OperationPeaceSpring in northeastern Syriahttps://t.co/GOkhK9mcQ2 pic.twitter.com/tJbyKb8Xnq

"We pray the operation will bring peace and calm the region's people deserve. We thank god for accepting our prayers as there has been a pause in fighting. We hope Operation Peace Spring's objectives will be fulfilled without further bloodshed," Archbishop Sahak Masalyan, Head of the Armenian Patriarchate of Turkey's Spiritual Council said.

Meanwhile, Turkey's Chief Rabbi Ishak Haleva could not attend the mass and sent a video statement instead.

"Turkish Jewish community will continues to pray to god, as we have done in the past, for the wellbeing and success of our nation, government and leaders," Haleva said in his video statement.

Turkey's Chief Rabbi Ishak Haleva delivers his video message during a prayer event for the soldiers participating in #OperationPeaceSpring in northeastern Syriahttps://t.co/GOkhK9mcQ2 pic.twitter.com/PB5NBAzJ3l 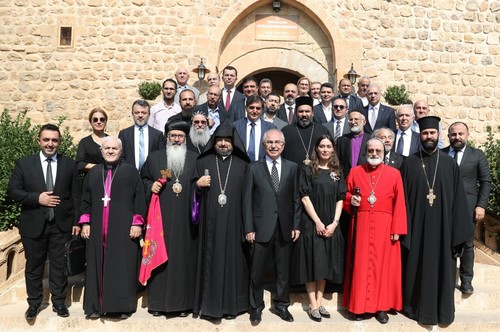