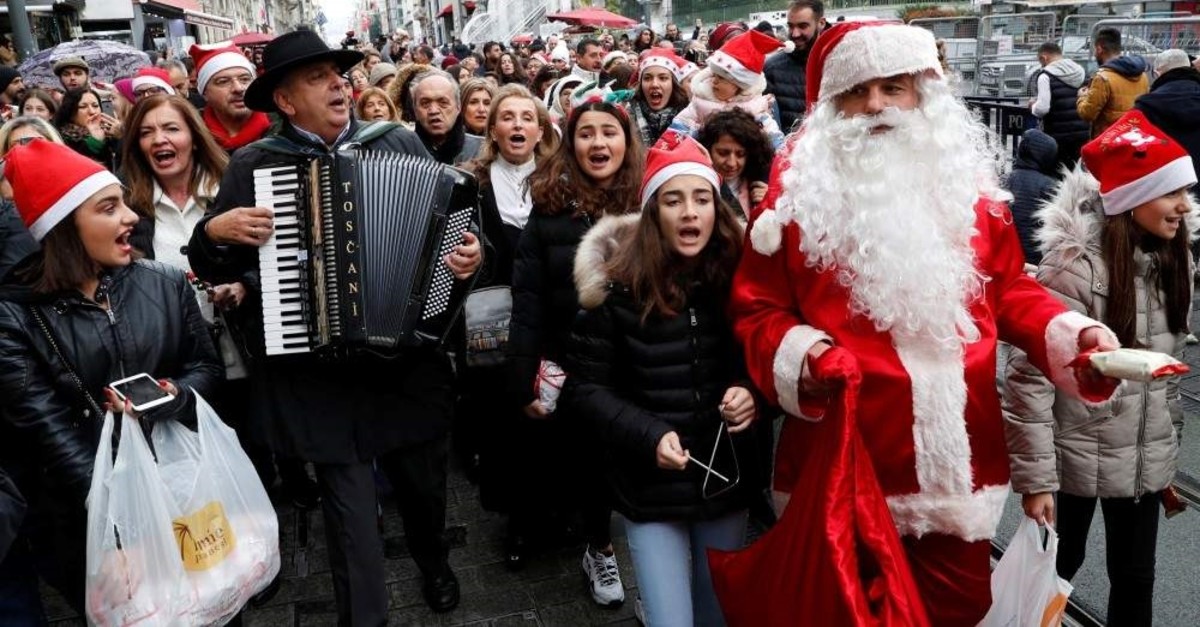 Students, their parents, teachers and alumni of Greek Zoğrafyon High School, which leads the traditional march, marched on the avenue with Christmas gifts. They delivered pastry and gifts to passersby by as they sang songs in Greek and Turkish in the company of an accordion player and multiple Santas. The parade ended at Meryem Ana Greek Orthodox Church.

On Christmas Eve and Christmas Day, religious services are held in churches all across Turkey, from the St. Anthony of Padua Church, Istanbul's largest Roman Catholic Church, to Fener Greek Orthodox Patriarchate in the city that serves as the leading authority of the majority of Orthodox churches in the world.
RELATED TOPICS