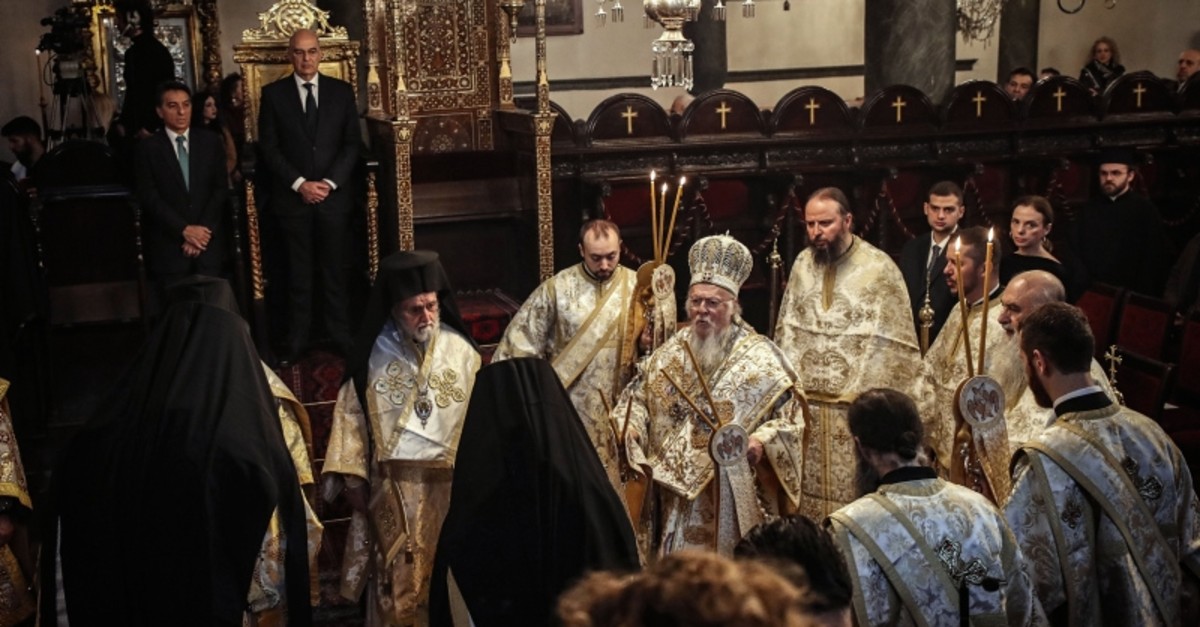 Orthodox, Catholic and Assyrian churches across Turkey marked Christmas with religious services Tuesday night and Wednesday. Different ethnicities and denominations observed Christmas Eve and Day in different churches but the communities still exchanged greetings and visited each other. Turkish guests also watched the religious services while local officials, including mayors, attended mass in some cities.

A surprise guest for religious services was Greek Foreign Minister Nikos Dendias. A critic of Turkey, like the rest of the Greek government over a series of disputes, Dendias was the most high-profile guest at the religious service at Fener Greek Orthodox Patriarchate in Istanbul Wednesday morning. Fener Greek Patriarch Bartholomew, whose religious authority in the Orthodox world covers churches from Europe to the United States, presided the ceremony.

In the southeastern province of Diyarbakır, the ancient Assyrian community gathered at Meryem Ana [Virgin Mary] Süryani [Assyrian] Church for the mass. Lighting candles, the faithful prayed for unity at the service presided by Reverend Yusuf Akbulut. Along with the congregation, representatives from several civil society organizations attended the service at the church in the province's historic Sur district where several churches were hit by a string of terror attacks in recent years.

In the southern province of Mersin, where Apostle Paul's hometown Tarsus is located, the Latin Italian Catholic Church hosted Christmas services. In Hatay, another southern province that has been historically home to multiple religions, the Orthodox community marked the day with masses at churches in Antakya and İskenderun districts. Reverend Dimitri Yıldırım, who presided the mass at İskenderun Orthodox Church, wished that Christmas would bring peace and unity to Turkey.