Istanbul Jews fight to save their ancestral dialect 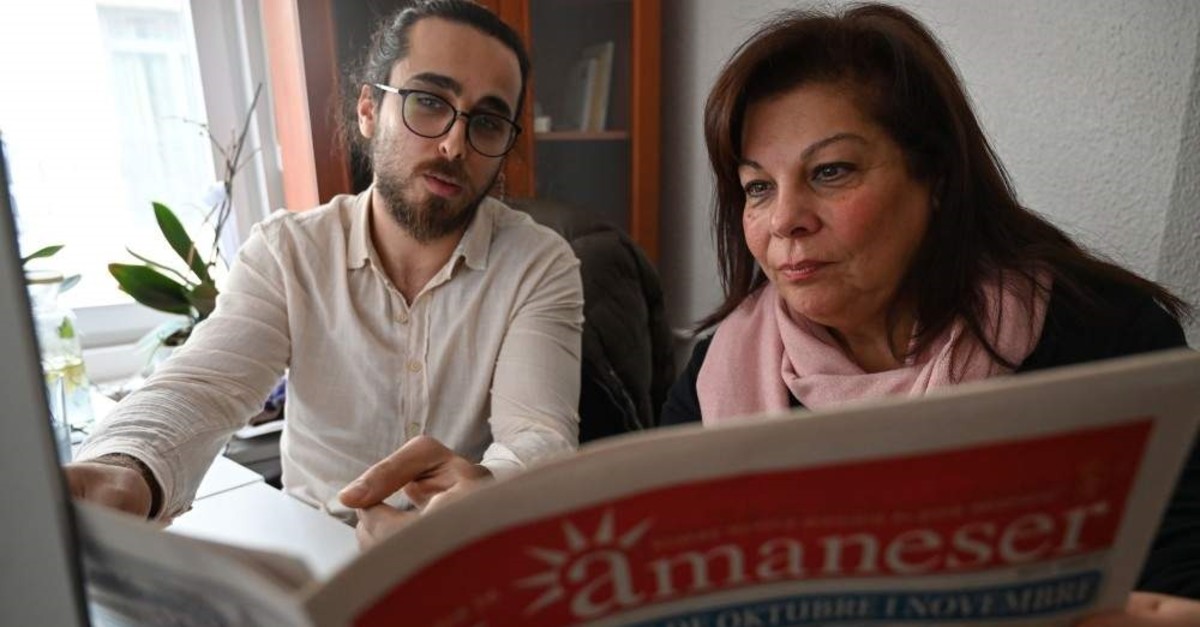 If there's one thing Dora Beraha regrets in her twilight years, it is not passing on the 500-year-old language of Istanbul's Jews, Ladino, now at the point of extinction. "After us, will there still be people who speak this language?" 90-year-old Beraha asked. "Surely, very few. It is possible that it will disappear."

Ladino is a unique mix of medieval Castilian and Hebrew, with sprinklings of Turkish, Arabic and Greek, that emerged when Jews were expelled from Spain in 1492, with many ending up in the Ottoman Empire. Turkey now has the largest community of Jews in the Middle East outside of Israel – around 15,000 – some of whom are fighting a belated uphill battle to preserve the language before it disappears. Ladino was passed down through the generations, peaking in popularity in the 19th century, but increasingly fell out of use in favor of French among Jews in the later Ottoman period.

Minority cultures and languages were deliberately suppressed when modern Turkey was formed in the 1920s. "Citizens, speak Turkish!" was a rallying cry of the new republic. Beraha made a conscious decision to avoid teaching Ladino to her children, wanting them to assimilate as much as possible. "We wanted them to succeed," she said.

Turkey's neutrality during World War II spared Ladino speakers the decimation experienced by Jewish communities in other parts of the region, but today most of the remaining practitioners are advanced in age. According to UNESCO, more than 100,000 people still speak Ladino around the world, mostly in Israel, where tens of thousands of Jews from the former Ottoman Empire have immigrated in recent decades.

Technically, "Ladino" refers to a different language used by Spanish rabbis to teach Hebrew texts, but it has become the common name for Judeo-Spanish, which is also known as Judesmo and Spanyolit. Karen Sarhon, 61, has dedicated her life to saving Ladino. She heads the Ottoman-Turkish Sephardic Culture Research Center and El Amaneser, a monthly supplement written entirely in Ladino, for the Turkish newspaper Şalom.

Sarhon said there has been a resurgence of interest in the language lately. "We launched El Amaneser in 2003 with eight pages. Today, it's 32 pages," she said, adding that 8,000 people read the supplement each month in Turkey and abroad. She knows that Ladino is losing out to "more useful" languages such as English and Spanish, so in the hopes of reaching younger readers, she posts regular tutorials on social media. Can Evrensel Rodrik, Beraha's grandson, is one of those hoping to regain the lost tongue. The 30-year-old biologist said none of his cousins spoke Ladino, and he had to force his grandparents to teach him. Rodrik said a different approach is needed to spark the interest of younger generations and give the language a future, such as opening a Ladino radio station, translating a video game or teaching it to children at a Jewish daycare in Istanbul.

For many Jews in Turkey, Ladino is the last, vanishing tie to their historical roots in Spain. "From a very young age, I've been told: 'Vinimos de la Espana en 1492,'" said Evrensel Rodrik, using the Ladino phrase. "A big part of who we are, a great culture and a great language, will disappear if we lose Jewish-Spanish."