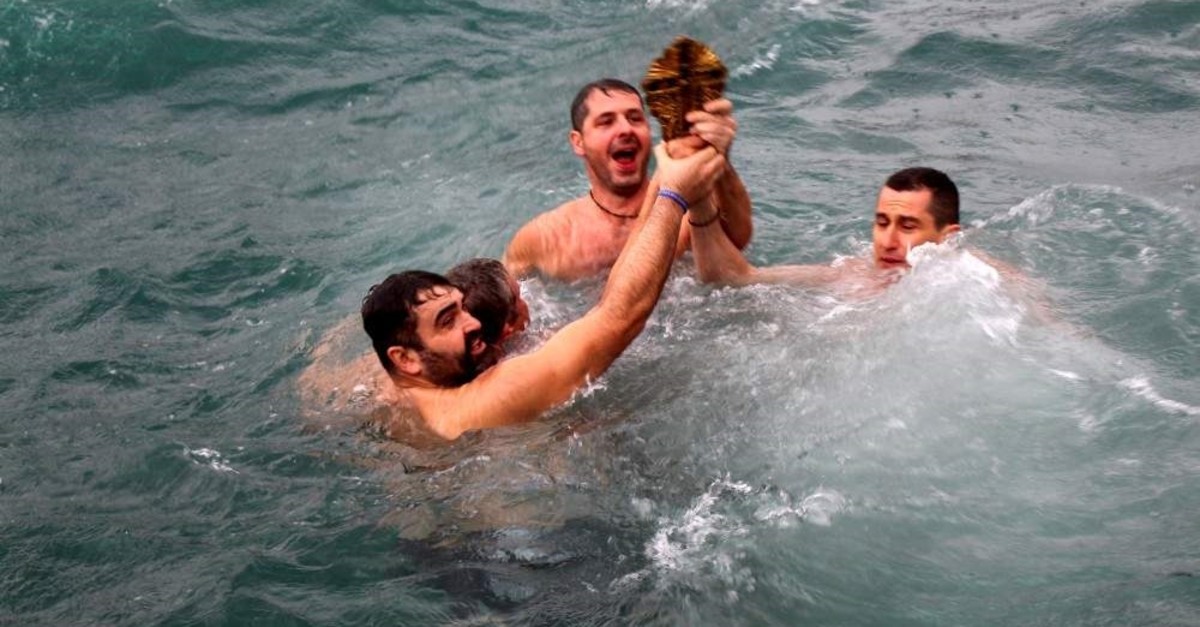 Members of the Greek Orthodox community marked the birth and baptism of Jesus Christ Monday with Epiphany, which is marked with a ritual of retrieving a cross from the water. Braving cold weather as storms and heavy winds battered Istanbul, swimmers jumped into freezing waters to retrieve crosses.

The culmination of the religious services was outside Fener Greek Orthodox Patriarchate on the shore of Istanbul's Golden Horn, or Haliç. After a religious service at the patriarchate, Patriarch Bartholomew, who oversees a massive congregation spread throughout the world, walked to the shore and tossed a wooden cross into the sea after reciting prayers. Nikolaos Solis, who came from Greece's Agrinio to compete to grab the blessed cross, managed to retrieve it. It was the fourth time he managed to retrieve the cross in the annual ritual. The patriarch released doves symbolizing peace after the ritual. A swimmer who suffered from hypothermia was pulled out of the water by the Turkish Coast Guard and was hospitalized.

Similar Epiphany rituals were performed elsewhere in Istanbul where the Greek Orthodox community is concentrated.

The religious holiday of Epiphany is also celebrated in some Western Christian churches as Three Kings Day, which marks the visit of the Magi, or three wise men, to the baby Jesus, and closes out the Christmas season. At the Vatican, Pope Francis urged the faithful to reject "the god of money" as well as consumerism, pleasure, success and self. In his Epiphany homily Monday in St. Peter's Basilica, Francis encouraged people to focus on serving others, not themselves.