F1 legend Schumacher 'out of coma' after 6 months, leaves hospital 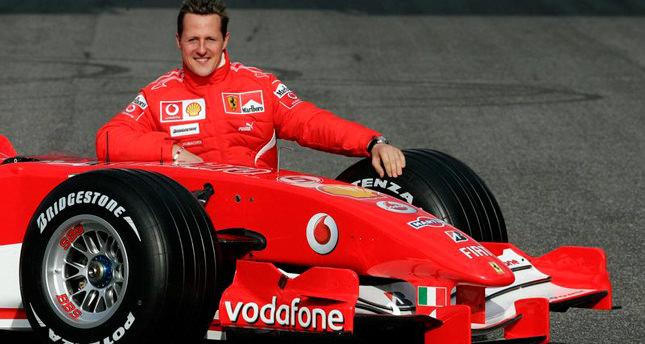 by Associated Press Jun 16, 2014 12:00 am
Formula One great champion Michael Schumacher is no longer in a coma and has left a French hospital where he had been receiving treatment since a skiing accident in December, his manager said Monday.

Schumacher left the hospital in Grenoble "to continue his long phase of rehabilitation," manager Sabine Kehm said in a statement.

She did not say when he was released, where the seven-time F1 champion was taken or give any further details of his condition, and her office refused to elaborate on the statement.

Schumacher's family "would like to explicitly thank all his treating doctors, nurses and therapists in Grenoble as well as the first aiders at the place of the accident, who did an excellent job in those first months," Kehm's statement said.

"For the future we ask for understanding that his further rehabilitation will take place away from the public eye," it added.

The 45-year-old German driver was hospitalized with severe head injuries after his Dec. 29 ski accident, which split his helmet as he crashed into rocks on the slope at the Meribel ski resort in the French Alps.

Doctors in Grenoble put him into a coma to rest his brain and decrease swelling, and they operated to remove blood clots, but some were too deeply embedded.