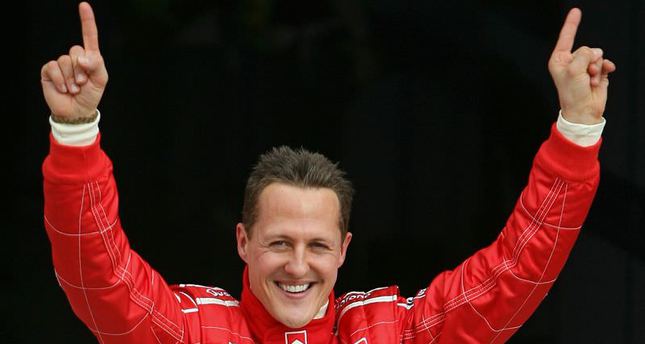 by Sep 09, 2014 12:00 am
Record Formula One world champion Michael Schumacher will continue his recovery at home from injuries suffered in a ski accident late last year, his management said Tuesday.

In June, Schumacher was able to leave the French hospital where he had spent six months being treated for severe brain injuries.

No longer in a coma, he continued rehabilitation at Lausanne University Hospital in Switzerland, around a 30-minute drive from Schumacher's family home in the town of Gland on Lake Geneva.

"Considering the severe injuries he suffered, progress has been made in the past weeks and months. There is still, however, a long and difficult road ahead."

The German seven-time Formula One champion fell and hit his head on a rock while skiing in Meribel resort on December 29.

He underwent two operations before being placed in an induced coma, from which doctors at Grenoble University Hospital Centre began slowing waking him in late January.

Kehm thanked the team at Lausanne's University Hospital CHUV for their treatment of the former racer.

Richard Frackowiak, the chief neuroscientist at the hospital, told Swiss news agency sda in June that neurosciences were one of CHUV's prioritiy areas.

It is the only Swiss hospital which follows an approach of close cooperation between neurologists, neurosurgeons, neuropsychologists and rehabilitation specialists, he said.

Schumacher was skiing off piste with his teenage son Mick when the accident happened.

A French investigation ruled out excessive speed as the cause, saying he was travelling at a "normal speed for a skier of that level on such a terrain" when he hit a rock concealed by the snow.

Schumacher's condition since the accident has been a cause of concern and speculation but doctors have made no public prognosis on his recovery.

"We ask that the privacy of Michael's family continue to be respected, and that speculations about his state of health are avoided," Kehm said.

Schumacher's family had asked at the beginning of the year for their privacy to be respected, and in June thanked the F1 icon's many supporters for messages of goodwill they had received since the accident.