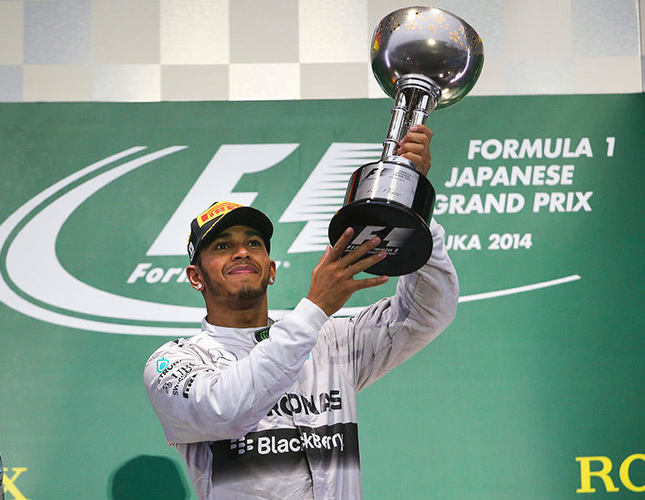 by Oct 05, 2014 12:00 am
Championship leader Lewis Hamilton won a wet Japanese Grand Prix from Mercedes team mate Nico Rosberg on Sunday in a chaotic finish after the race was red-flagged.

The Briton's dashing victory was overshadowed, however, after Frenchman Jules Bianchi was rushed to hospital unconscious after a crash which brought the rain-hit race to premature halt. 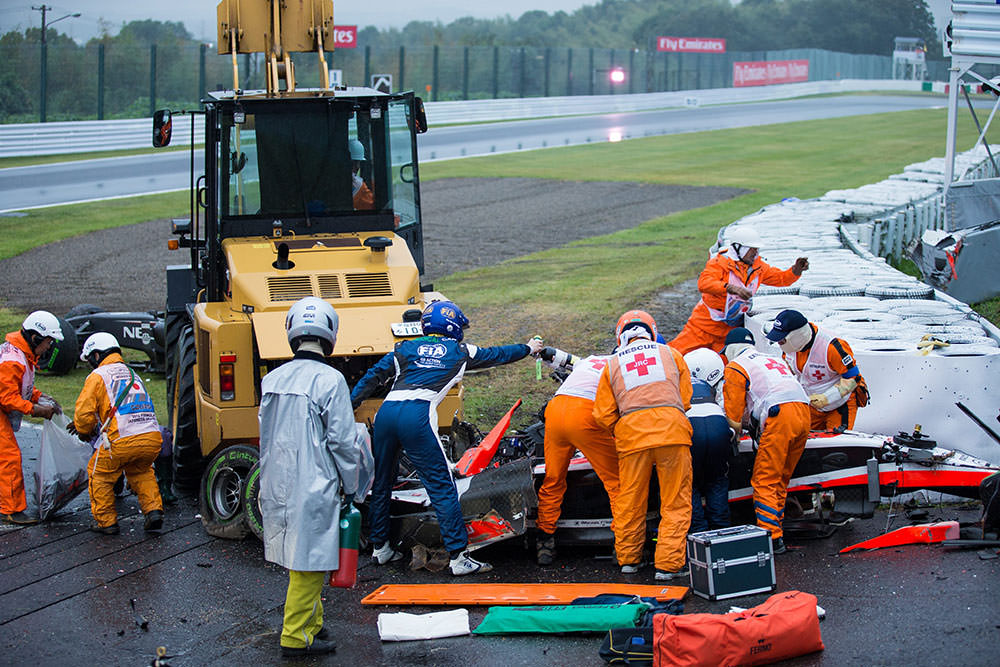 Hamilton ducked superbly inside fierce rival Rosberg on the 29th lap and stormed away to win at Suzuka for the first time and increase his advantage over the German to 10 points with four rounds left this season. Reigning world champion Sebastian Vettel finished third for Red Bull.

"What a day," Hamilton told reporters. "I had a lot more pace that Nico and it's not a very easy circuit to follow on but fortunately I was able to get quite close, particularly in the last corner. I was confident with the balance of the car and stuck it out.

"After that I was attacking, attacking and then I could take different lines and manage it differently. Obviously it didn't finish the way I would have hoped and my prayers are with Jules and his family."

Typhoon rains had been forecast for Sunday's race and it began behind the safety car but the drivers were called back to the pits minutes later.

The safety car came out again after 44 laps following Bianchi's shunt and the race was suspended two laps later with the rain getting heavier and the light rapidly deteriorating.

Celebrations were muted on the podium with news already having filtered through of Bianchi's crash.

The early halt came as little surprise after German Adrian Sutil smashed his Sauber into a wall, Bianchi's Marussia was then involved in a collision with a recovery vehicle, prompting the safety car and medical car to appear and the race to be stopped seven laps early.

Sutil witnessed Bianchi's crash at close quarters after sliding out at the same bend.

"I had aquaplaning at that corner," he said. "The rain got worse and worse, the visibility got less and less. One lap later, Jules came around and had the same spin there, and that was it. It was more or less the same crash, but the outcome was different."

Hamilton, the 2008 world champion, produced one of the overtaking moves of the season when he daringly passed Rosberg on the outside of turn one and stormed away to claim his eighth victory of 2014 and the 30th victory of his career.

"All in all, Lewis did a better job today and deserves to win," said Rosberg, who struggled with over-steer throughout the race.

"Second place is damage limitation for me. Taking everything into consideration -- tricky conditions, seven points lost to Lewis, there is worse than that."

Vettel, the four-time defending title holder, who announced on Saturday he will leave Red Bull at the end of the season, made the podium for the second race in a row -- but only his fourth of the year -- ahead of Australian team-mate Daniel Ricciardo.