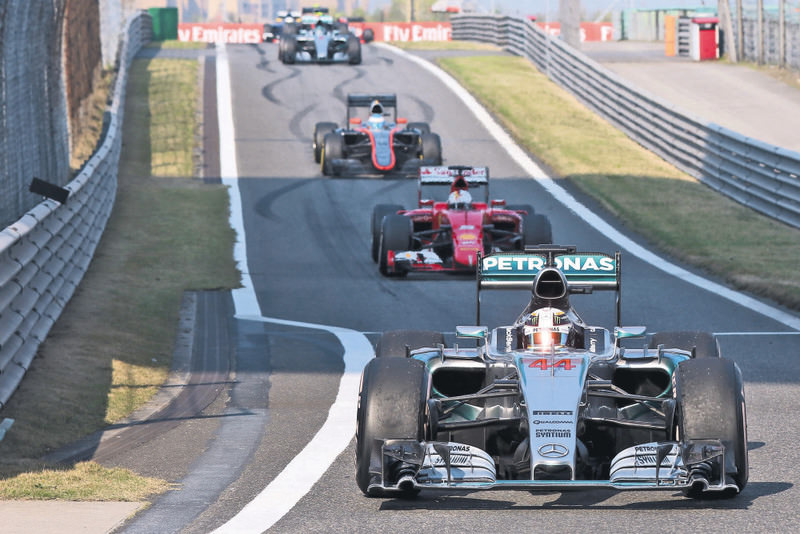 Bernie Ecclestone, who has two daughters but once infamously compared women to kitchen appliances, said woman drivers would attract a lot of attention, publicity and sponsors

Formula One supremo Bernie Ecclestone has proposed a controversial world championship for women drivers as part of grand prix weekends.

"I thought it would be a good idea to give them a showcase," British media quoted the 84-year-old as saying during the Malaysian Grand Prix after proposing the idea to team principals.

"For some reason, women are not coming through - and not because we don't want them," added the Briton. "Of course we do, because they would attract a lot of attention and publicity and probably a lot of sponsors.

"We have to start somewhere so I suggested to the teams that we have a separate championship and maybe that way we will be able to bring someone through to F1."

Ecclestone, who has two daughters but once infamously compared women to kitchen appliances, suggested they could race before the main event on Sunday or on Saturday.

No woman has competed in a Formula One race since Italian Lella Lombardi in 1976, although several have secured roles with teams in recent years and others have competed in junior series and in the United States.

Lombardi scored half a point in 1975 when she finished sixth in a Spanish Grand Prix shortened by a fatal accident.

The last woman to try and race in Formula One was Italian Giovanna Amati, who failed to qualify with Brabham in 1992.

However, Susie Wolff is development driver at Williams and last year became the first female to take part in a grand prix weekend in 22 years when she drove in Friday free practice.

Spaniard Carmen Jorda, whose record in other series is unimpressive, has also been appointed a development driver at Lotus.

"First of all, I don't know where you'd find a full grid of female drivers who are good enough. Secondly, I have raced my whole career in motorsport as a normal competitor. Why would I ever look for a race where I was only competing against women?

"I can hand on heart say it would not interest me at all to win such a race. I would rather not be in the race because what am I winning? A race where they've just looked for any girl to make a grid up."

Meanwhile, Lewis Hamilton has suggested he is mentally tougher than Mercedes team mate Nico Rosberg and questioned how hard the German really tried to beat him in last weekend's Chinese Grand Prix. In comments that will do little to ease tensions between the pair ahead of Sunday's Bahrain Grand Prix, the double Formula One world champion also told British reporters that he was more of a racer than his rival.

"I've always said he is really strong mentally," Hamilton was quoted yesterday as saying. "But I'd like to think I'm stronger this year."

The Briton has won eight of the last 10 races, beaten Rosberg in nine of them, and started all three grands prix this season from pole position.

The tension between the two, evident last year as they battled for the title, flared up again in Shanghai when Rosberg accused Hamilton of compromising his race by driving selfishly slow and leaving him exposed to the Ferraris behind.