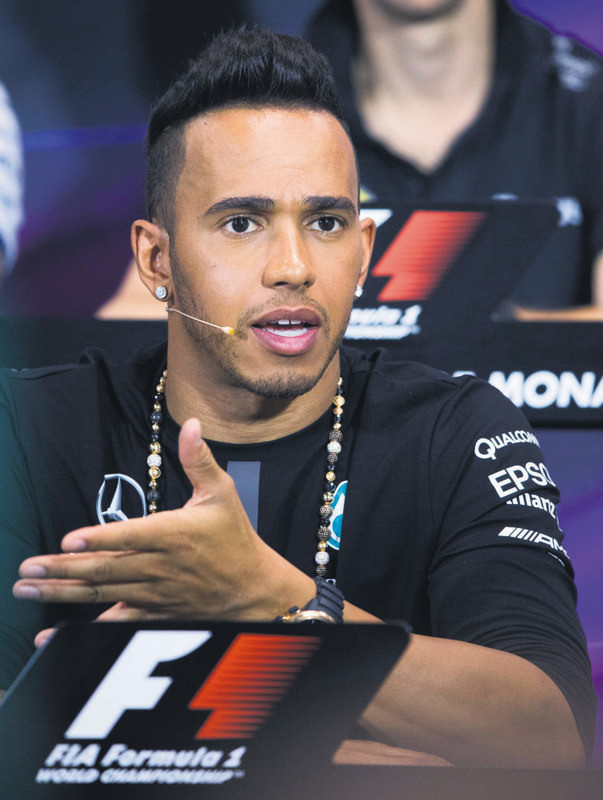 by May 20, 2015 12:00 am
Lewis Hamilton hopes to be third time lucky in Monaco this weekend and take revenge on Nico Rosberg by denying his Mercedes team mate a hat-trick of wins in Formula One's most glamorous race.

Last year, the pair were barely on speaking terms after a qualifying controversy threw their relationship into the deep freeze.

The frostiness between the title rivals has since thawed but neither will be giving an inch in what constitutes a home race for both and looks set to give Mercedes a third win in a row regardless.

Rosberg is back on form, setting up his triple bid by winning in Spain two weeks ago and checking world champion Hamilton's dominant start to the season.

While the German will want to continue the momentum, Hamilton is just as hungry to reassert himself and add to his 20 point lead in the standings with a long-overdue triumph in a favourite race.

"The last two years I have had the car to win," said the Briton, in his third year with Mercedes and with a lucrative contract extension imminent.

"The first year I struggled with it. Last year, I had the pace but other things were up against me and this year, hopefully will be different... third time lucky."

Pole position will be as crucial as ever on a tight and twisty circuit where overtaking is almost impossible and Hamilton, second a year ago, will be warier this time.

Last year's drama saw Rosberg take pole after he set the fastest lap and then made a mistake on the entry to Mirabeau, going down the escape road and bringing out yellow warning flags just as Hamilton was about to go faster.

"I should have known that was going to happen," an angry Hamilton said afterwards, suggesting deliberate intent.

This year, he will simply make sure he gets his fastest lap in first.

"I will have the choice to go ahead of him so I will make sure I do that," said Hamilton, whose only Monaco win to date was with McLaren in 2008 on the way to his first title.

If Rosberg were to win again, he will become only the fourth driver after Graham Hill, Ayrton Senna and Alain Prost to take three successive victories in the showcase race and the irony will not be lost on Hamilton.

Senna, who won five times in a row, was the Briton's boyhood idol whose three championship titles Hamilton can equal this year.

Ferrari, who have not won in Monaco since Michael Schumacher in 2001, should be Mercedes's closest rivals with Sebastian Vettel a winner with Red Bull in 2011 and Kimi Raikkonen with McLaren in 2005.

At the back, Manor Marussia return with sadness to the scene of their greatest success.

French driver Jules Bianchi, who finished ninth in the principality last year, remains in a coma in hospital in nearby Nice following his horrific accident in Japan last October.