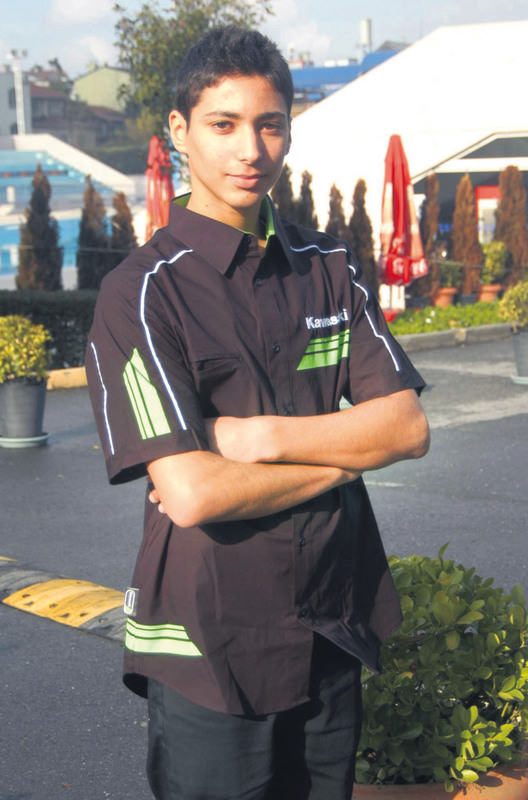 by Daily Sabah Jun 23, 2015 12:00 am
Young Turkish racer Toprak Razgatlıoğlu won the 2015 Federation of International Motorcycling (FIM) European Superstock 600 Championship in Italy. Razgatlıoğlu, 18, from Alanya, a beach resort city on the southern coast of Turkey, crossed the finish line in third place at the end of the sixth race of the season at Misano - a result that proved to be enough for him to clinch a well-deserved title with two races still to go in the season. The son of famous Turkish motorcycle stuntman Arif "Tek Teker Arif" (One-wheel Arif) Razgatlıoğlu, Toprak began racing at the age of eight. After considerable success in many two-wheeled racing disciplines at a national level. In 2013, Razgatlıoğlu joined the Red Bull MotoGP Rookies Cup. Despite his size disadvantage - Toprak was too tall for the 250cc KTM machinery - he managed to score a sensational win in the first race at the Sachsenring in 2014. By the end of the same year, Razgatlıoğlu won the season finale of the FIM Europe Superstock 600 Championship in Magny-Coursrace on a privateer ZX-6R Kawasaki machine. Carrying the momentum into the 2015 season, and now with Puccetti Racing Kawasaki, Razgatlıoğlu proved to be unstoppable. Not only did he win both races in the season-opening doubleheader at MotorLand Aragon, but he was also victorious in Assen, Imola and Portimao: Five wins out of five encounters in the season and six victories in a row, a new record for the series. This successful string of results put Razgatlıoğlu in prime position to clinch the ultimate prize at Misano.
RELATED TOPICS