Turkey looks to host Formula One again at Istanbul track 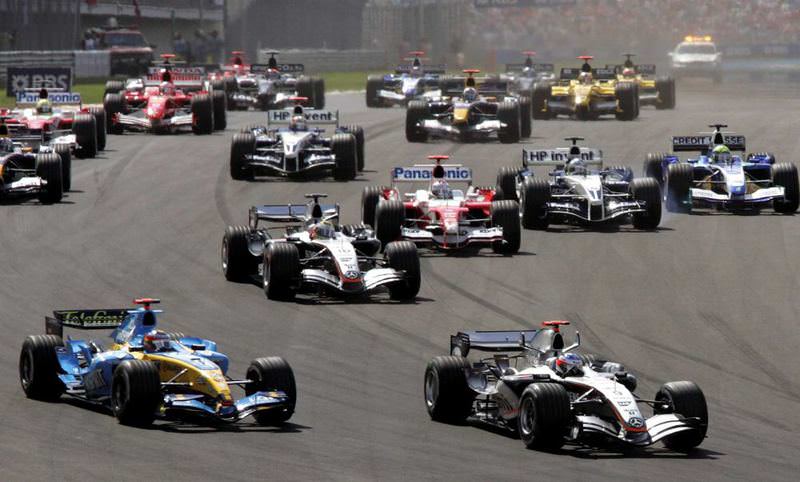 The company operating Istanbul Park, the track that hosted Formula One races up until 2011, announced it was looking to seal an agreement for hosting the races again next year

Formula One races may return to Turkey next year as the company operating Istanbul Park track announced they were working on an agreement for inclusion in the 2016 race calendar.

Vural Ak, chairman of Intercity, which currently operates the track in Istanbul, said at a press conference he held talks with Formula One boss Bernie Ecclestone and Ecclestone gave a deadline of December 2015 for Istanbul track's inclusion to the race calendar. "We are now awaiting the establishment of new government and its approval to host the races," Ak said. Turkey will hold snap elections in Nov. 1 and the government approval is needed for the race to go ahead.

He said the hosting fee would be $13.5 million at most, noting this was the lowest fee they paid yearly for seven years when Istanbul Park hosted the races. Ak said his company was ready to pay if the fee turns out to be higher. "Formula One hosting calendar will be finalized in December and we only need the final signature. We already have the track ready and we have a staff of 120 people maintaining the track."

Istanbul Park is currently repurposed for another business involving cars - an outdoors car dealership touted as the largest in Turkey. Used cars are on sale at the 70-acre venue and a new marketplace for used cars, which was inaugurated on Sept. 9, accommodate more than 3,000 cars.

The venue already hosts promotional events by top brands like Porsche, which showcases its new models to Turkish buyers who can test drive the vehicles on the track.

Istanbul Park, located on the Asian side of the city, first hosted Formula One races in August 2005. Kimi Raikkonen of McLaren-Mercedes was the winner of the first race. The next three years saw a streak of wins for Ferrari's Felipe Massa. The circuit was removed from Formula One calendar in 2012 due to financial disagreements. Sebastian Vettel was the last winner to grace the circuit in 2011 race. The circuit also hosted MotoGP World Championship Grand Prix in 2005, along with other international racing events. A 5,338-meter anticlockwise circuit covers over 2.2 million square meters and runs over four different ground levels. The circuit is considered to be one of masterpieces of renowned circuit designer Hermann Tilke who frustrated racers with elevation changes and corners that gained notoriety for challenging the racers.

It has a capacity of 25,000 spectators, a large number for Turkey seeking to boost its revenues from international sports events in Istanbul. Previous events saw consecutive drops in spectator numbers although Turkey has a budding crowd of Formula One fans.
RELATED TOPICS