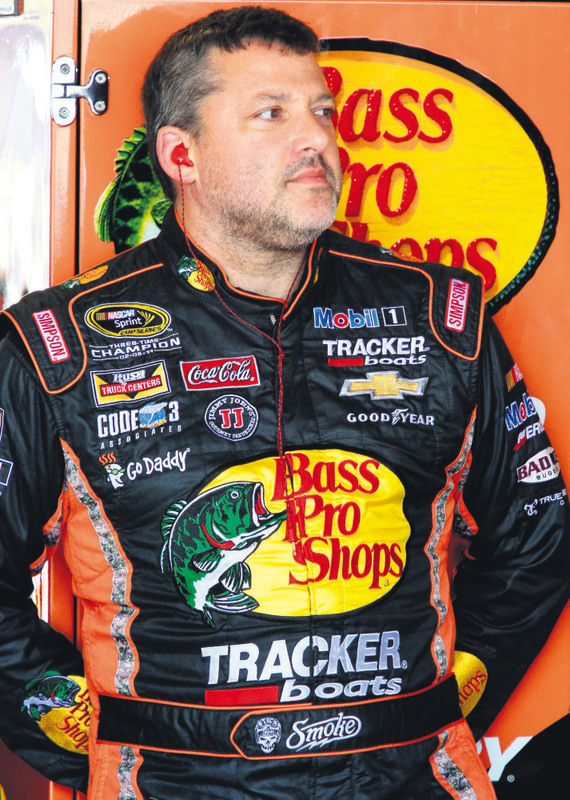 by reuters
Oct 02, 2015 12:00 am
Tony Stewart, one of auto racing's biggest names, announced he would retire from NASCAR driving after the 2016 season, saying: "Deep down you know when it's time to do something different."

The mercurial 44-year-old Stewart, a three-time NASCAR champion and winner of 48 races at the circuit's top level, said Clint Boyer would get behind the wheel of the Stewart-Haas Racing Chevrolet after next season.

"Everybody in their career makes the decision that it's time for a change," Stewart, who will remain co-owner of the four-car Stewart-Haas Racing team, told a news conference in Kannapolis, North Carolina.

"It's nothing that you plan. Deep down you know when it's time to do something different and make a change like this."

It has been a rough stretch for Stewart, who has not had a top-5 finish in 28 NASCAR races this season. In each of his first 15 seasons, Stewart, known as "Smoke," won at least one race.

Stewart denied that his driving slump, the death of Ward, or the broken leg he suffered in a sprint car accident in 2013 had anything to do with his decision to quit NASCAR racing.

Stewart, who has fought with other drivers and never shied away from bumping competitors to secure position on the track, insists he will continue to race, just not in NASCAR.