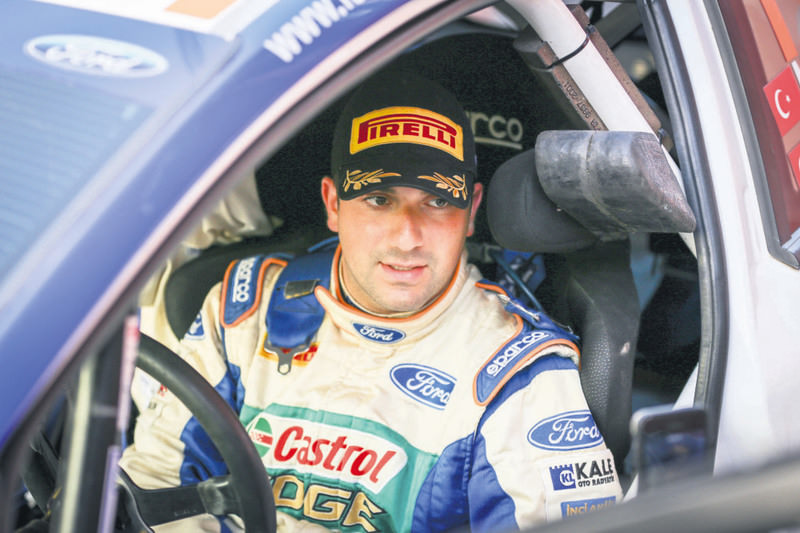 by daily sabah
Oct 06, 2015 12:00 am
Turkish driver Murat Bostancı, along with co-driver Onur Vatansever who raced for the Castrol Ford team, won the European Rally Cup, the two-day rally racing event that took place in Croatia. The race, which has been held in Croatia for 42 years, witnessed for the first time a Turkish driver winning the trophy. Bostancı and Vatansever raced ahead of German Alman Hermann Gassner and Slovenian driver Darko Peljhan. Bostancı participated in five races that earned him points for the European Rally Cup. The 27-year-old champion maintained his winning ways in rallies that were held in Bulgaria, Bosporus, Sliven, Serbia and Croatia. There are still three stages of the cup to be held in Germany, Austria and Bulgaria. But the Turkish team has already sealed the title. Castrol Ford Team Turkey Coach Serdar Bostancı said, "We have achieved a great success. We customized a different strategy for each separate race. This cup is a result of a big effort. It is an award for working hard for years. We made history."

Murat Bostancı said, "We raised the tempo in every race of the European Rally Cup. We kept our leadership under every circumstance. Onur and I set our hearts on this cup and brought the first trophy to Turkey."