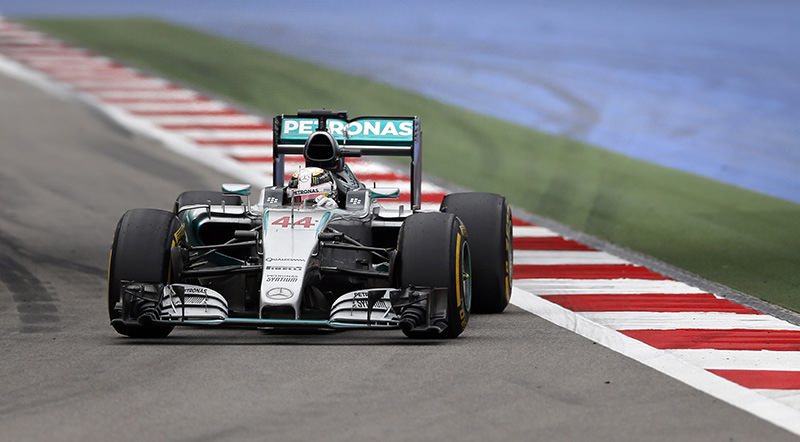 by French Press Agency - AFP
Oct 11, 2015 12:00 am
Mercedes clinched back-to-back Formula One constructors' titles with four races to spare at the Russian Grand Prix on Sunday.

The German team took an unassailable lead in the title race after Lewis Hamilton's ninth win of the season, and with a little help from the race stewards in Sochi.

Ferrari's Kimi Raikkonen had finished fifth but the Finn was subsequently penalised for crashing into the Williams of Valtteri Bottas on the last lap.

Raikkonen was demoted to eighth, handing the title to Mercedes at the same track as they won it last year.
Last Update: Oct 11, 2015 6:02 pm