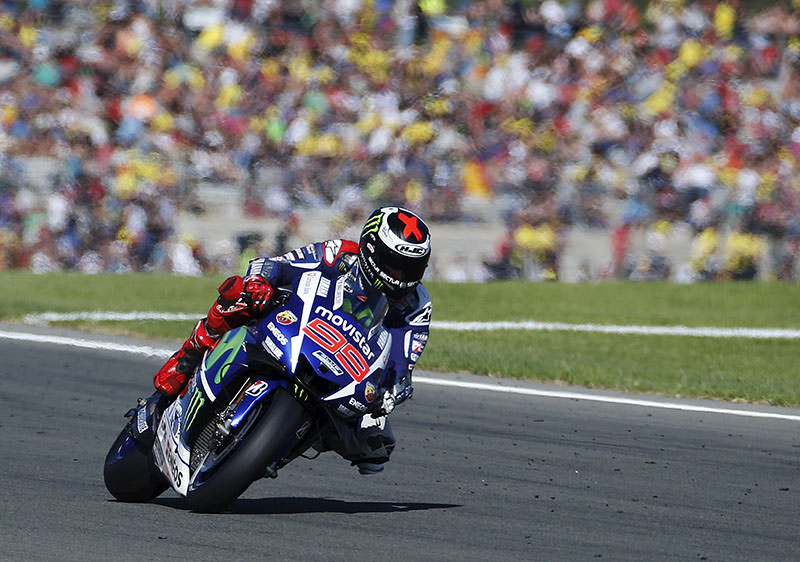 |Reuters Photo
by Associated Press
Nov 08, 2015 12:00 am
Jorge Lorenzo has won his third MotoGP title with a victory at the season-ending Valencia GP on Sunday as Valentino Rossi failed to make enough ground from the back of the grid.

Lorenzo entered the race trailing Rossi by seven points but the veteran Italian couldn't manage more than a fourth-place finish. Rossi, who needed to finish at least second, started last on the grid because of a penalty for kicking Marc Marquez in the previous race.

Lorenzo ended with 330 points, five more than Rossi, who was trying to win his eighth world title and the first since 2009.