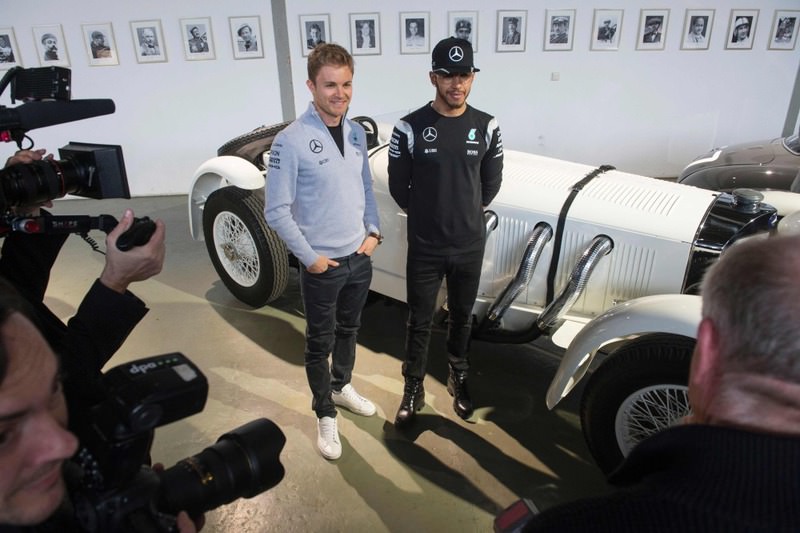 Formula One is assured of novelty this season, with fresh faces and a record 21 races including the first in Azerbaijan, even if Lewis Hamilton becomes a four-times world champion with Mercedes. The betting odds suggest 2016 will once again be the Briton's year, with William Hill laying 4/7 on him taking his third title in a row. Team mate Nico Rosberg is 3/1 and Ferrari's Sebastian Vettel 4/1. Nobody else comes close in the bookmakers' estimation. Vettel's Finnish team mate Kimi Raikkonen, the 2007 champion who turns 37 in October and could be racing his farewell season, is only 40/1.

However, there are grounds to suggest things may pan out differently once the racing starts at Melbourne's Albert Park next week.

Rosberg, runner-up for the past two seasons but winner of the last three races of 2015 from pole position, has a point to prove and could be on the cusp of something remarkable if he can pick up where he left off in Abu Dhabi last November. Vettel, who won four titles in a row with Red Bull before Hamilton dethroned him in 2014, will want to deny the Briton the satisfaction of equalling his tally and becoming only the fifth quadruple champion.

Both Germans have pounded out the laps in pre-season testing in Barcelona, with Mercedes the most reliable car and Ferrari setting the more eye-catching times.

"We have tried to close the gap," Vettel, who won his four titles with Red Bull, told the formula1.com website. "It was pretty big in recent years.

"We did a super job last season that brought us closer and now the new car gives us the chance to close the gap even more. How much? We will have to wait at least a couple of weeks," added the 28-year-old.

Mercedes have triumphed in 32 of the last 38 grands prix, and only two drivers from outside the 'Silver Arrows' have finished on top of the podium since 2013. Vettel is one of them.

The German won three grands prix for Ferrari last year, the target the team had set after a barren 2014, and is now aiming to compete for the title all the way down to the final race. .

"They have been very quick for sure," said Rosberg of Ferrari's pace. "We know more or less where we are compared to Ferrari, which is why I say for sure it is close. But we are not sure if we are ahead or behind."