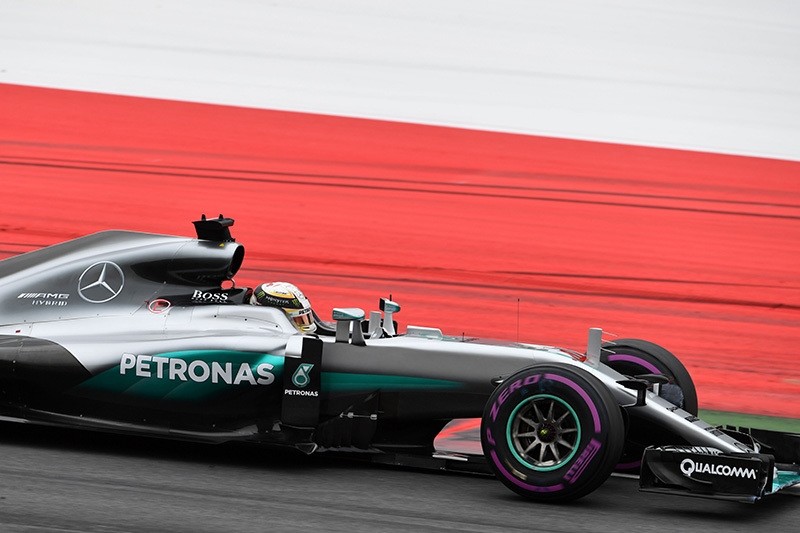 Mercedes AMG Petronas F1 Team's British driver Lewis Hamilton drives during the Formula One Grand Prix of Austria at the Red Bull Ring in Spielberg, Austria on July 3, 2016. (AFP Photo)
by Jul 03, 2016 12:00 am
Triple Formula One world champion Lewis Hamilton won the Austrian Grand Prix on Sunday after a last-lap collision with Mercedes team mate Nico Rosberg as they fought for the lead.

Championship leader Rosberg, who had been in front with Hamilton right behind, nursed his damaged car over the line for fourth place with his overall advantage cut to 11 points after nine of 21 rounds.

Hamilton made his move on Rosberg at turn two, with the pair colliding and Rosberg's front wing was broken in the impact.

"I was on the outside, it wasn't me that had the crash," the Briton said.

Hamilton's victory was the 250th in Formula One by a British driver since the championship started in 1950.