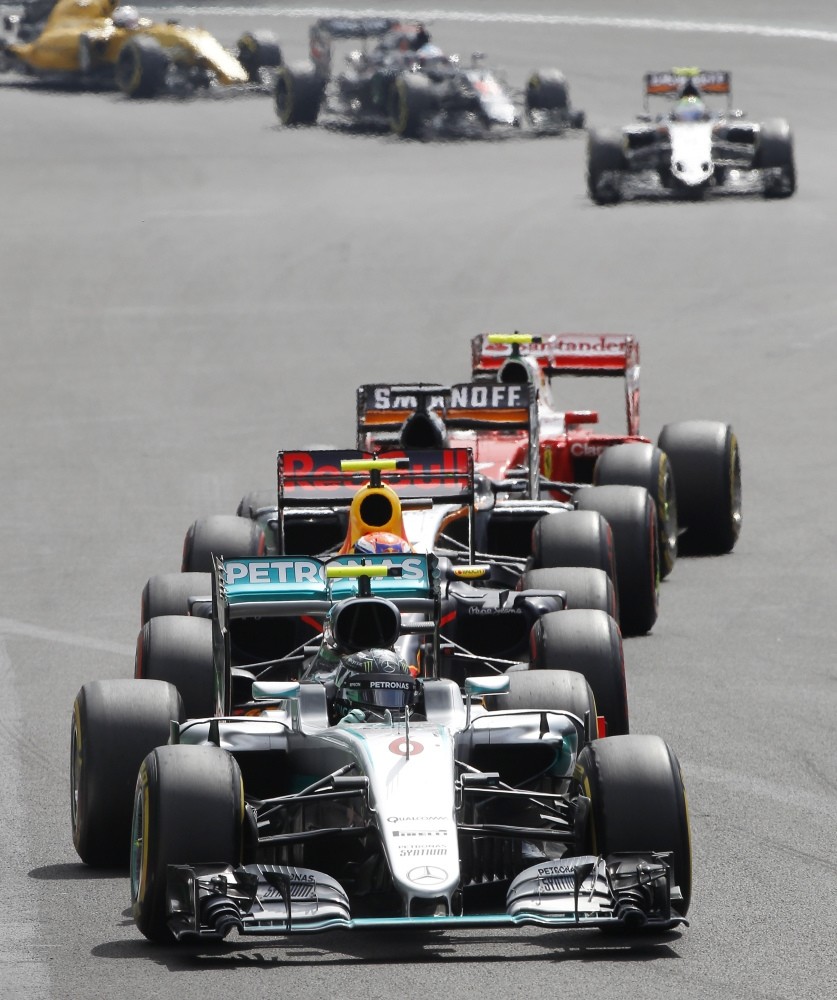 Nico Rosberg aims to clinch his first Formula One world title with victory at the Brazilian Grand Prix. Mercedes team-mate Lewis Hamilton hopes to spoil the show but has never won at Interlagos and has tasted joy and despair there

Nico Rosberg's task appears simple on paper: win the Brazilian Grand Prix to clinch the Formula One world title. In reality, however, the 4.309-kilometer Autodromo Jose Carlos Pace has seen plenty of drama in the past which along with the weather forecast raises questions whether the German's task is so straight forward. Rosberg won the past two races at Interlagos from pole ahead of his Mercedes team-mate and two-time reigning champion Lewis Hamilton.

Rosberg takes a 19-point lead over Hamilton into the 2016 edition which is the penultimate race of the season. A victory would be enough to clinch the title, while he will depend on Lewis Hamilton's result if he finishes lower than first.

"There are still two races to go and anything can happen in this sport, so I need to focus my energy on the factors that I have in my control," Rosberg said.

"I've got good form in Sao Paulo. It's one of the real classic tracks, which usually produce some exciting races, so I'm looking forward to getting out there and having a big battle in front of those awesome Brazilian fans."

Rosberg has been ruthlessly consistent and efficient in a season he started with four straight wins and in which another three on the trot later wrestled back first place from Hamilton who has seen his fair share of problems all year.

Hamilton is not giving up and now comes to a circuit where he has never won, lost the 2007 trophy by one point to Kimi Raikkonen but won the 2008 crown by one point over Felipe Massa by overtaking Timo Glock in one of the last corners in a heart-breaking finale.

"It's an unusual scenario to be in - fighting for something and not knowing for sure that what you do will guarantee you're able to make it. One outcome would be painful and the other would be a great achievement," he said.

"Regardless, I'm going to keep pushing. Since the beginning of my Formula One career I've seen that everything can change even at the very last moment, so you have to fight to the bitter end. I've never won in Brazil, so I go into this weekend focused on changing that."

Hamilton may look at Raikkonen who won 2008 after being runner-up the previous two years, having finished second himself in 2014 and 2015. Mercedes motorsport chief Toto Wolff has been speaking of "a fascinating scenario" for the sport, the team and the two drivers. "If he wins the race in Brazil, he is champion. We've seen many races, particularly in the second half of this season, where he has coped well under pressure," he said of Rosberg. "But, mentally, I think this new situation is actually a bit easier in terms of tackling the situation with a little less pressure, as he still has another chance in Abu Dhabi. "Equally, Lewis knows what he must do to keep his title hopes alive. He will never back down and that's what makes him one of the great ones."
RELATED TOPICS