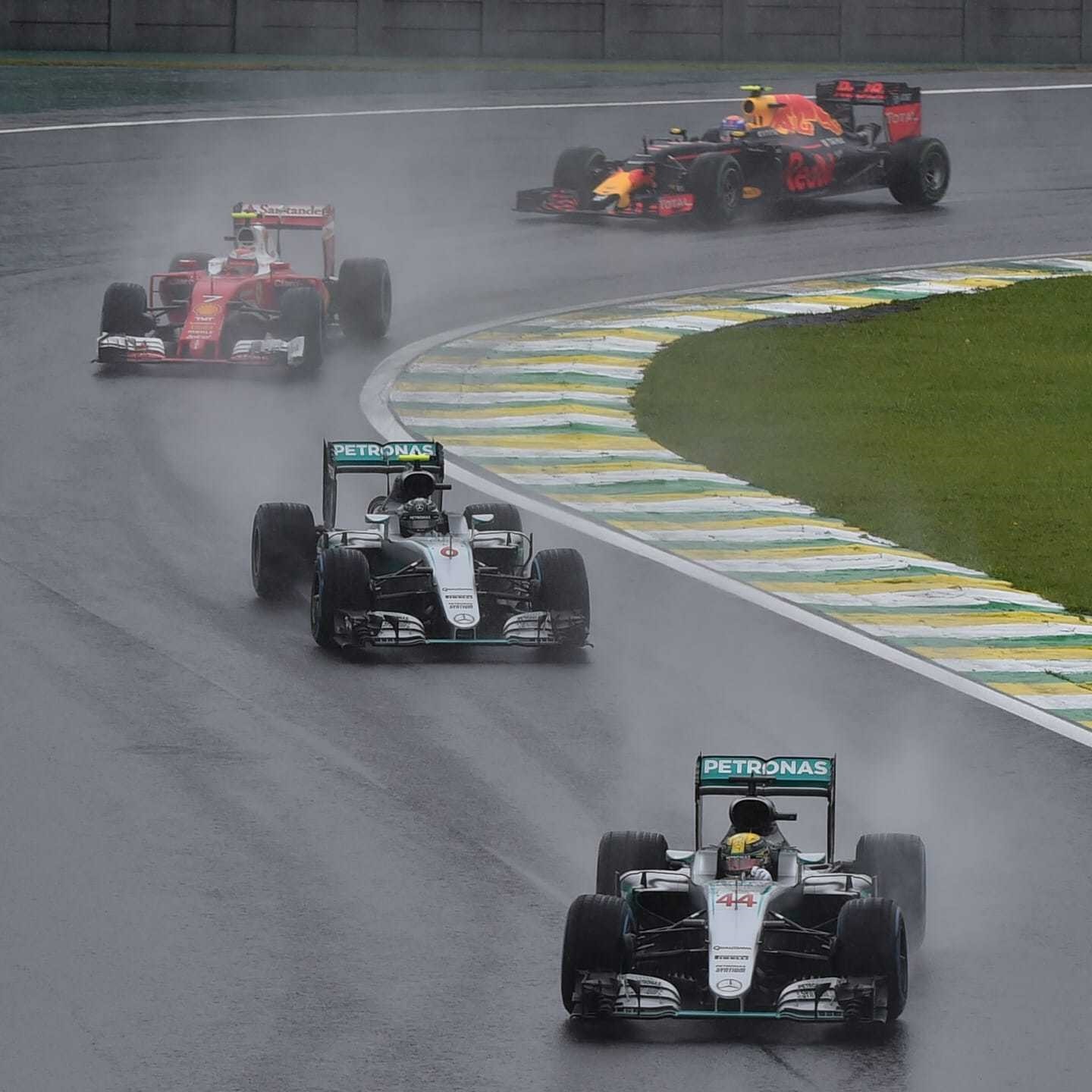 Lewis Hamilton won the Brazil Grand Prix while Mercedes teammate Nico Rosberg again settled for second. If Rosberg finishes second again to Hamilton in the season finale on Nov. 27 in Abu Dhabi - or even third - it will be enough to bring him his first drivers' title

It was a third grand prix victory in a row for Hamilton, but another win in Abu Dhabi will not be enough for a third straight title if Rosberg manages to finish second or third. Rosberg took no risks while others were spinning or crashing in a chaotic race in the rain and now heads in confident mood to a grand prix he won last season.

"Now I look forward to Abu Dhabi, where I have good memories from last year. I will be going all out for the win there," he said.

"Can Rosberg stand the psycho pressure?" Germany's Bild newspaper asked in an online headline, interpreting some innocuous Hamilton post-race comments as an attempt by the Briton to "make Rosberg nervous before the grand finale." However "our world championship leader is relaxed," it said. Hamilton, who this season has been hampered by mechanical problems, said Brazil had been an "easy race generally" for him at the front.

Rosberg, he added, has had "fantastic reliability, so I think right now, as the way it's going it's going to be very hard to beat him." The world champion talked of a dream fulfilled in winning in Brazil ever since watching his boyhood hero, the Brazilian Ayrton Senna, triumph at his home circuit.

He now has victories on 24 different tracks and a career tally of 52 to surpass Alain Prost and put him behind only the 91 of Michael Schumacher. Britain's Guardian newspaper said there was little to choose statistically between Hamilton and Rosberg this season - both now have nine wins, while Hamilton has 11 poles to Rosberg's eight.

"But on days like Sunday in Brazil, there is no doubt who is the great driver and who the very good one," it said.

Mercedes motorsport chief Toto Wolff meanwhile praised both drivers and said it was "maybe the best result of the season" for the team given the circumstances.
RELATED TOPICS