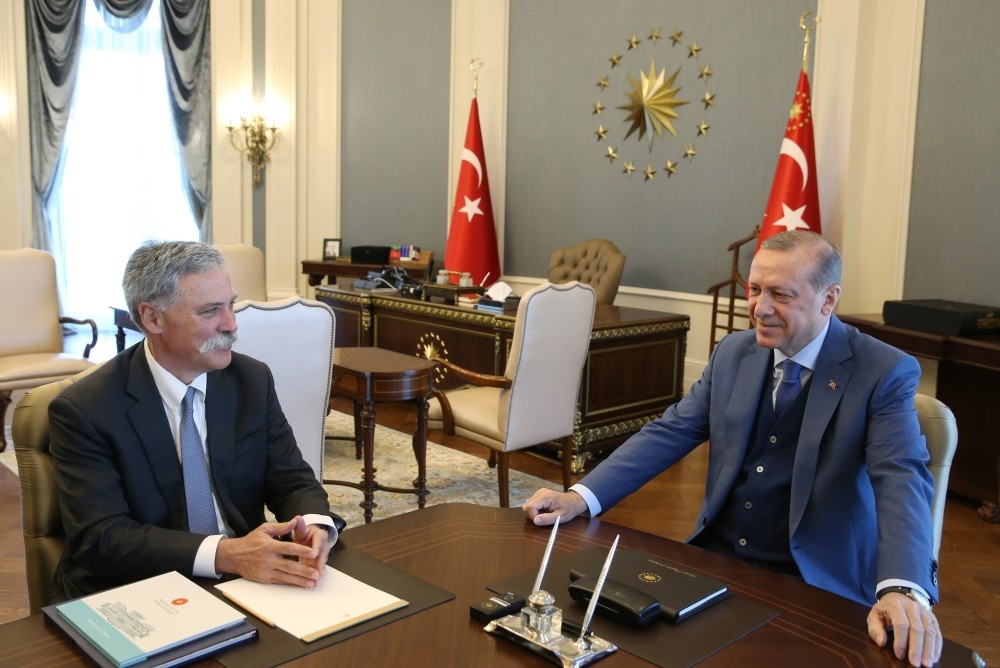 by Daily Sabah Apr 12, 2017 12:00 am
Turkey is interested in bringing Formula One races back on Istanbul tarmac. The country, which had played host to a series of Formula One races from 2005 to 2011, is now looking to host the Turkish Grand Prix once again.

President Erdoğan received Formula One CEO Chase Carey yesterday at the Beştepe Presidential Complex in Ankara with this very initiative in mind. The meeting, in which Youth and Sports Minister Akif Çağatay Kılıç and presidential spokesman İbrahim Kalın took part in, was closed to the press.

In 2015, Intercity, the company operating the Istanbul Park track had announced they were working on an agreement for inclusion in the race calendar.

Vural Ak, chairman of Intercity, had previously held talks with former Formula One boss Bernie Ecclestone but the event has still not made its way back to Istanbul.

Formula One, for the first time ever, reached Turkish soil on Aug. 21, 2005 when the 20 best motor-racing drivers in the world hit the tarmac at the brand-new Istanbul Racing Circuit, about 30 miles from Istanbul on the city's Asian side.

Tens of thousands of spectators, among them then-Prime Minister Erdoğan and former heavyweight champ Mike Tyson, watched McLaren's Kimi Raikkonen cruise to his second straight win from the pole and his fifth win that season.

In his speech during the inauguration of the Turkish Grand Prix, Erdoğan had said that he was proud and satisfied that his country successfully staged a Formula One race for the first time.

Since that day, Turkey has hosted seven Formula One races successfully. However, the Turkish Grand Prix was dropped from the 2012 Formula One calendar after teams were told it was no longer on the itinerary.
Last Update: Apr 12, 2017 1:07 am
RELATED TOPICS