Turkey may return to Formula One calendar 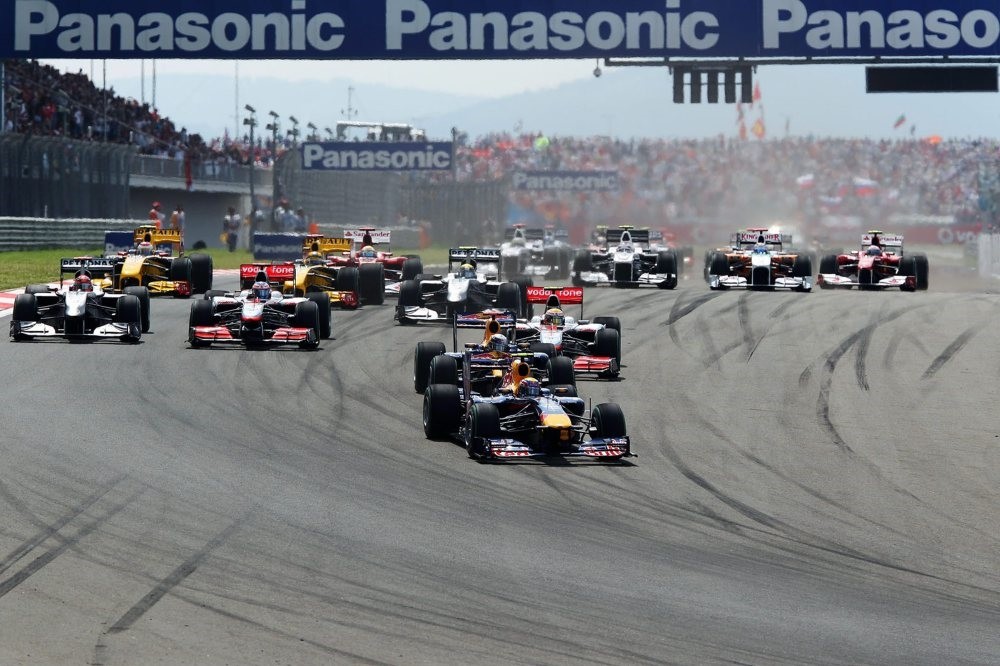 Mark Webber of Australia and Red Bull Racing leads the field into the first corner at the start of the Turkish Formula One Grand Prix at Istanbul Park on May 30, 2010, in Istanbul.
by Daily Sabah with AFP Apr 13, 2017 12:00 am
President Recep Tayyip Erdoğan on Tuesday held talks with the new chief of Formula One on bringing motor racing's top franchise back to Turkey after a six-year break, the manager of the Istanbul circuit said. A statement on the presidential website said that Erdoğan met Formula One chief executive Chase Carey at the Presidential Palace in Ankara in the company of some of his top aides and Sports Minister Akif Çağatay Kılıç. Also present was Ali Vural Ak, the managing director of the Istanbul Park Intercity circuit where the Turkish Grand Prix was held from 2005 until 2011. "I hope that with the help of the resident, God willing, the Istanbul Park will again host Formula One," Ak said after the meeting.

"We had very intensive meetings... we have not signed anything yet but all that remains is a signing. God willing, our country will again host Formula One in Istanbul," he added.

The annual race fell out of the calendar due to a lack of agreement on the cost of the event.

But Erdoğan has reaffirmed over the last months that Turkey is ready to host any sporting event. Chase took over Formula One after the reign of its longstanding powerbroker Bernie Ecclestone effectively finished in January when U.S.-based Liberty Media completed its takeover of motorsport's most prestigious brand in a deal valued at about $8 billion.

Formula One, for the first time ever, reached Turkish soil on Aug. 21, 2005 when the 20 best motor-racing drivers in the world hit the tarmac at Istanbul Racing Circuit, about 30 miles from Istanbul on the city's Asian side. Tens of thousands of spectators, among them then-Prime Minister Erdoğan and former heavyweight champ Mike Tyson, watched McLaren's Kimi Raikkonen cruise to his second straight win from the pole and his fifth win that season.Turkey hosted seven Formula One races successfully. However, the Turkish Grand Prix was dropped from the 2012 Formula One calendar after teams were told it was no longer on the itinerary.
RELATED TOPICS