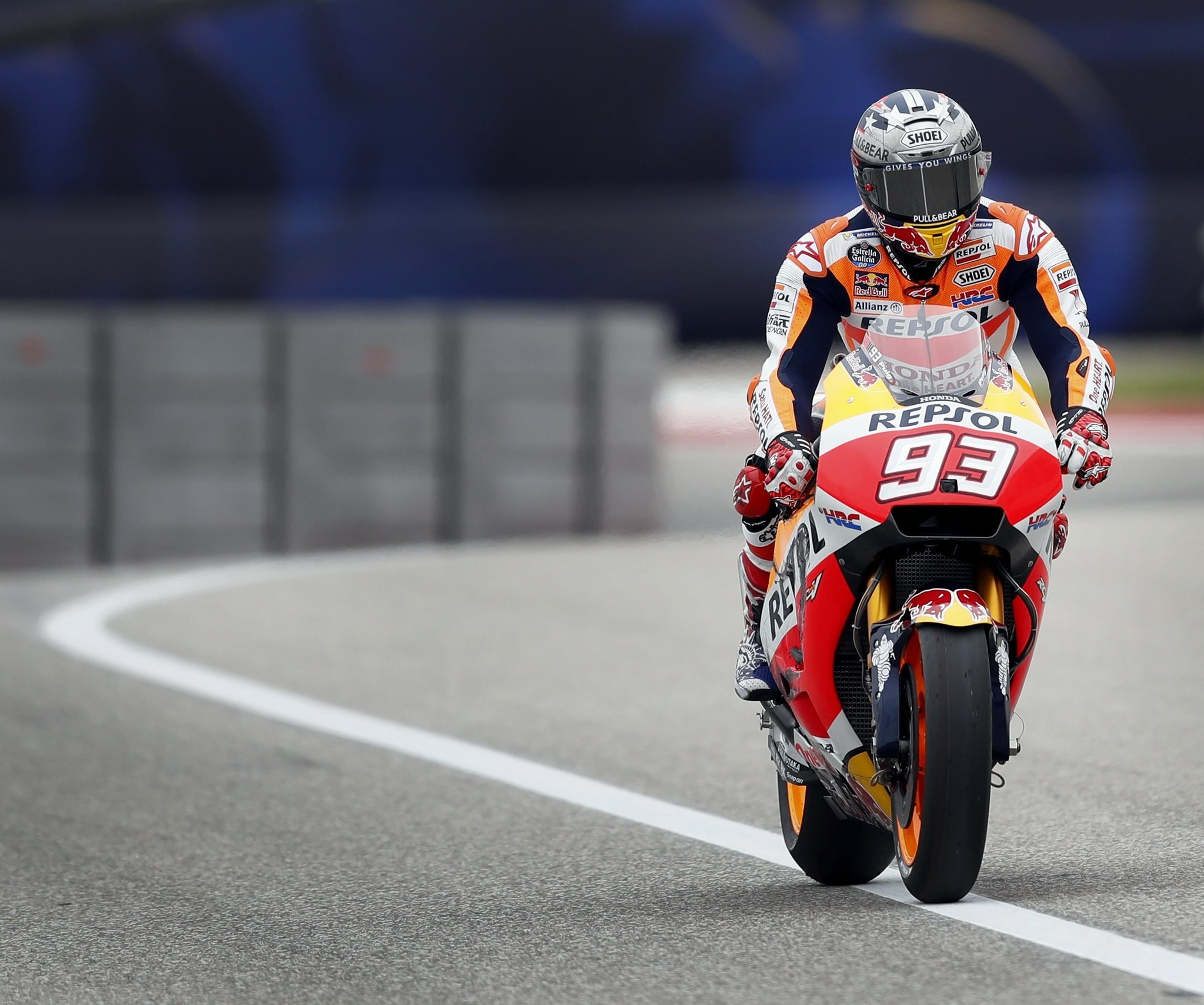 Marc Marquez found enough speed and balance to grab another pole position at the Grand Prix of the Americas. Maverick Vinales may have what it takes to finally beat him to the checkered flag in Texas. Marquez saved the best for last to complete the fast lap in 2mins 2.741 secs to edge his Spanish compatriot, a Yamaha rider who won this season's two opening races at Qatar and Argentina, by 0.130 of a second.

"This pole makes me feel really good because I honestly didn't expect it," Marquez said. "Actually I thought it would be difficult. In fact, even considering that this circuit suits my riding style, I've been struggling a bit this weekend.

"We knew that our opponents were very strong on new tires and we worked a lot on race distance and I felt better on race pace than on qualifying pace.

"But anyway, this is a track I love, so I told myself, 'Let's try,' and on my last lap I pushed to my maximum, doing my best, and we got another pole here in Austin which is very good."

Vinales's teammate, Italy's Valentino Rossi, completed the front row in another late charge for third in 2:03.673. Marquez's late run foiled Vinales, who also had seen no hope Marquez would claim the pole again.

"Honestly, I thought I had the pole," Vinales said. "When I looked at the screen and saw that Marc was behind Valentino I said "Ah, maybe he will do it," and in the end he did, so congratulations to him, because it was a nice lap for sure.

"We pushed at 100 percent and the bike was working really good. I'm also happy about the race pace. I think we did a great job and we can be there for sure."

"We changed many things on the bike over the weekend and step-by-step we regained some confidence," Marquez said. "So this afternoon we just focused on keeping a good pace and it worked well."

Spain's Dani Pedrosa, a Honda rider who has twice made trips to the Americas podium, was fourth and will be joined on the second row by French rookie Johann Zarco (Yamaha) and Spain's former world champion Jorge Lorenzo (Ducati).

Italy's Franco Morbidelli, seeking his third Moto2 win in a row to boost his season points lead, took the pole in 2:09.379 with compatriot Mattia Pasini 0.167 of a second back in second. Spain's Alex Marquez was third in 2:09.671 with Japan's Takaaki Nakagami fourth as the fastest five qualifiers were Kalex riders. Spain's Aron Canet smashed the Moto3 one-lap circuit record by seven-tenths of a second to grab his second career pole in 2:14.644.