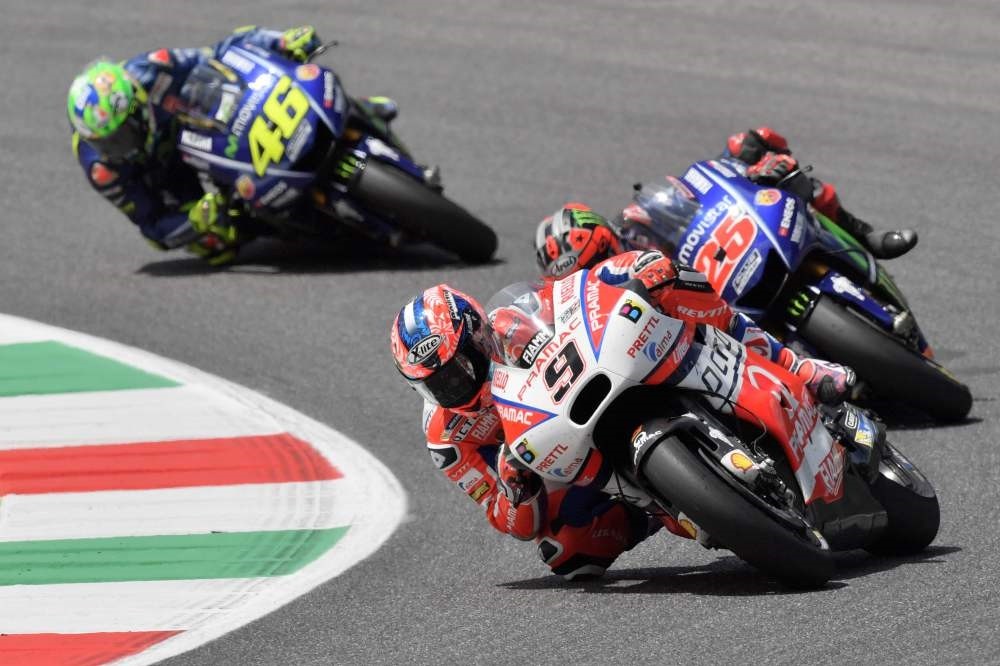 Maverick Vinales is hoping to extend his championship lead at the Catalan Grand Prix this weekend, but Yamaha teammate Valentino Rossi admits the quick turnaround from the Italian Grand Prix could hamper his chances. Rossi finished fourth at Mugello last weekend just days after being hospitalised for chest and stomach injuries in a motocross training accident."I would have liked to have had a one-week stop after the Mugello race to recover in the best way," said Rossi, who trails Vinales by 30 points in the championship standings in his quest to land a long-awaited 10th world title at all levels.

"I'm happy with the race I did, the bike rode well and in Barcelona I hope I can be better, I would like to go on the podium."

Vinales has won three of the six races so far this season in his debut year with Yamaha, but second place in Italy was enough to extend his championship lead to 26 points from Andrea Dovizioso.

"We are in a good flow, having gained good momentum," said Vinales.

"We are strong and confident and we have many set-ups in case one won't work and for that reason I arrive to Montmelo really motivated.

Yamaha have an excellent record at the Montmelo circuit having won in three of the past four years. However, permanent changes have been made to the circuit since Luis Salom was killed whilst racing in the Moto2 Catalan Grand Prix last year. Marc Marquez was the last non-Yamaha rider to win in Catalonia back in 2014, but the defending champion has so far had a disappointing year as he is 37 points back on Vinales down in fourth overall. However, the three-time world champion is hoping for a return to form in his home region.

"Racing at home in front of all your fans always gives you an extra boost," said the Spaniard.

Dovizioso's win in Mugello already made him the fourth different race winner of an unpredictable season.

"This year every weekend seems to be a different story," said the Italian, who has surprisingly outshone new teammate and three-time world champion Jorge Lorenzo so far this year.