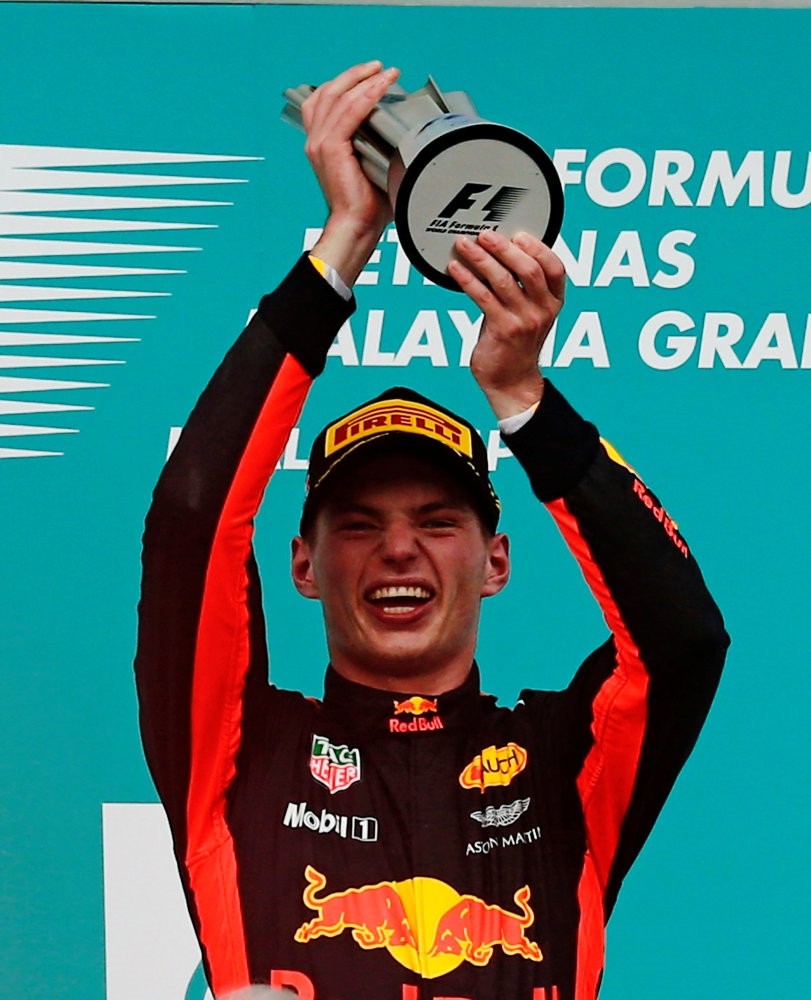 Max Verstappen celebrated his birthday by winning the Malaysian Grand Prix in style yesterday, while Lewis Hamilton finished second to extend his championship lead over Sebastian Vettel. Vettel started the race from last but drove brilliantly to take fourth place behind Red Bull's Daniel Ricciardo and limit the damage to his own title hopes. Ferrari teammate Kimi Raikkonen did not even start, despite qualifying second. Moments before the race, mechanics wheeled Raikkonen's car back to the garage but could not get it ready. Hamilton secured the 70th pole of his career in qualifying, and his fourth straight in Malaysia, while Vettel failed to set a time because of an engine problem. The day after turning 20, Verstappen turned on the style, making a fine move to overtake Hamilton on lap 4.

"The whole race went well. Once I got past Lewis I could focus on my tires," Verstappen said. "From then on, I could race my own race. It's incredible to win."

His father, the former F1 driver Jos Verstappen, looked emotional as his son stood on the podium. Dutch fans poured onto the grid to join in the celebrations, with one fan applauding with a pair of clogs.