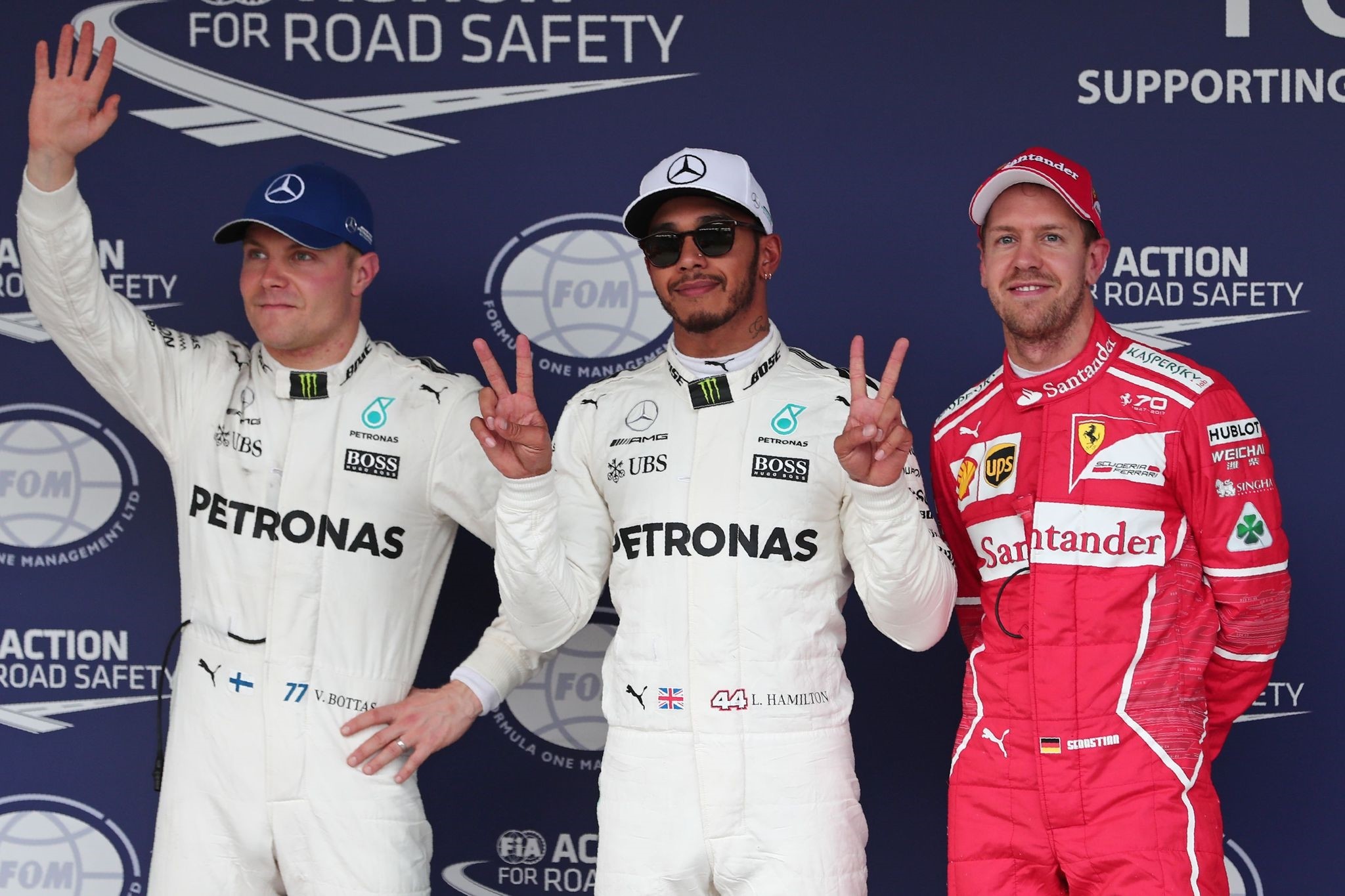 Hamilton's title rival, Sebastian Vettel, was third but the Ferrari driver will move up to second after Bottas's penalty for an unscheduled gearbox change. Bottas drops to seventh.

Hamilton struggled for pace in the previous race in Malaysia but that wasn't the case in Saturday's qualifying.

"It's been a really great day, every lap was fantastic, I never really got a great balance in the past so never did a great qualifying here," Hamilton said.

Hamilton smashed Michael Schumacher's qualifying lap record, set during Q2 in 2006, by 1.365 seconds to take his 71st F1 pole and first in 10 attempts at this circuit.

"It has been a great car in qualifying this year, and qualifying for me is the most enjoyable part of the weekend," said Hamilton, who had previously secured pole at every current F1 circuit except Suzuka.

"It's incredible for me, 10 years or whatever it is and my first pole at Suzuka," Hamilton said.

With five races remaining, Hamilton leads Vettel by 34 points in the drivers' championship.

Hamilton has won twice before here at Suzuka, in 2014 and 2015, and was runner-up to former Mercedes teammate Nico Rosberg in last year's race. Hamilton also won the Japanese GP with McLaren in 2007 when it was held at the Fuji Speedway.

A win in Suzuka would move Hamilton a step closer to a third F1 title in four years with Mercedes and his fourth overall.

Vettel was happy to be on the front row after starting the Malaysia GP from the back of the grid and working his way up to a fourth-place finish.

"The car is quick and, as last weekend shows, if you start out of position you can still get back," Vettel said.

Kimi Raikkonen was sixth but, like Bottas, will also drop five places on the grid after requiring a new gearbox.