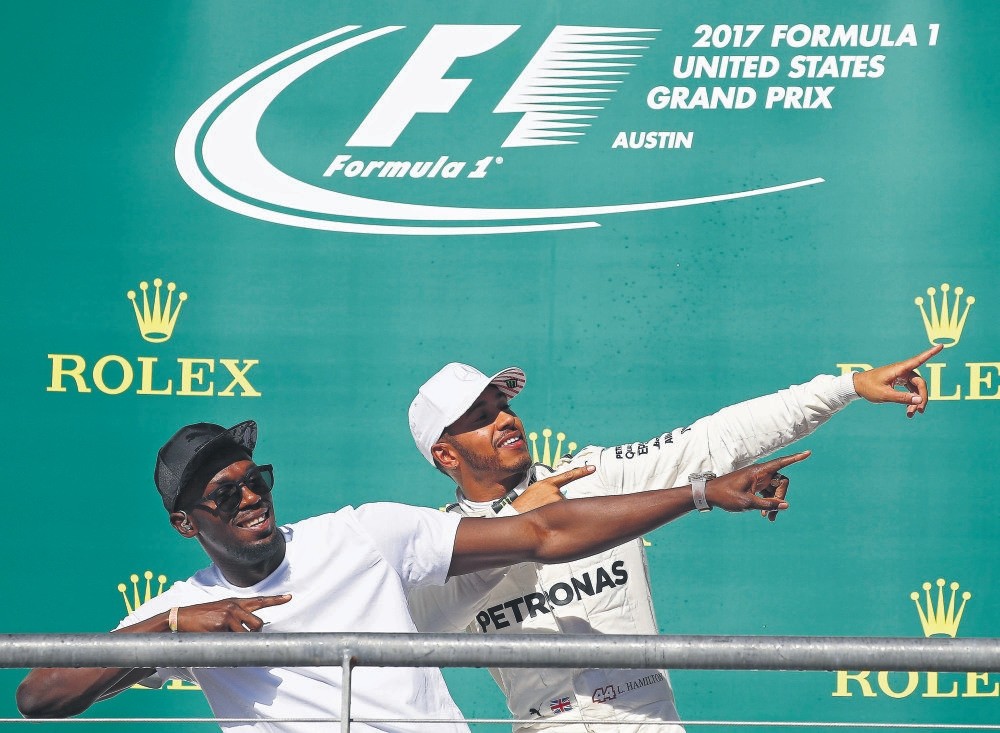 Lewis Hamilton says he wants to secure his fourth Formula One title by winning Sunday's Mexican Grand Prix, rather than finishing fifth. The Mercedes driver is on the brink of becoming Britain's first four-times world champion, one more than Jackie Stewart, and needs only a fifth place to do so, such is his advantage. The 32-year-old is in the form of his life, winning five of the last six races to build up a 66-point advantage over Ferrari's Sebastian Vettel with three rounds remaining.

"I plan to win. I'm not here for anything else but number one," Hamilton told a news conference in Mexico City on Wednesday evening.

"I was just thinking about it as I was walking in here. It is true that I only need to finish fifth. But I thought, I think to myself, ‘How would I feel if I was to finish fifth and win the world championship?' It wouldn't feel great."

Hamilton actually felt pretty good the last time that happened, albeit in different circumstances. He won his first championship with McLaren in 2008 by the skin of his teeth after finishing fifth in the last race of the season in Brazil with an overtake on the last corner of the final lap. The circumstances are very different now, with the Briton sure to lead all the way to the final race in Abu Dhabi next month even if he does not score in Mexico or Brazil. Mexico is his second chance to wrap up the title after the mathematical possibility first arose in Texas last weekend.

Vettel finished second in that race, staving off the seemingly inevitable for one more week at least.

"I want to be on the top of the podium. You want to be up there...as a racing driver, you constantly want to show your performance and your strength and you never want that to waiver," Hamilton said. "So, that's my goal this weekend. "It's going to be difficult I think...a lot closer between Red Bull and Ferrari and us. But I love that. And so I'm hoping that if I'm able to drive like I did in the last race, last week, I think it could be a good weekend."

"I'm very, very proud to raise the British flag every time I'm on the podium. And to be up there with the greats, now potentially one step ahead of the greats in the U.K....it's beyond my dreams and beyond my family's wildest dreams."