Formula One approves 21-race calendar for 2018 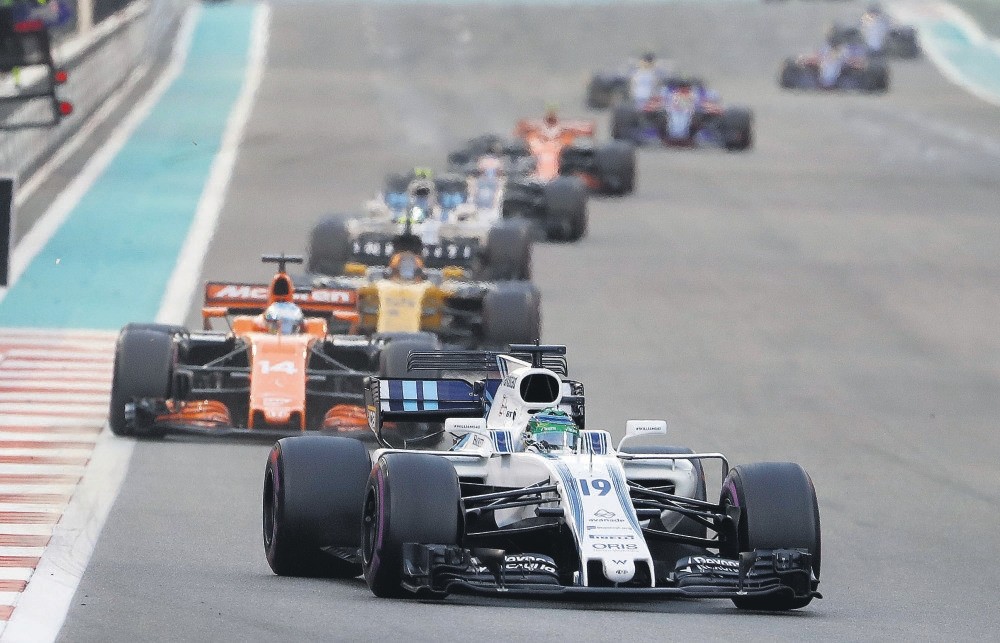 The season will begin on March 25 with the Australian Grand Prix in Melbourne and end again with the Abu Dhabi GP on Nov. 25. Ahead of this year's Brazilian GP, the promoter is strongly urged to implement new security measures for next year's race

Formula One races in Bahrain and China will swap places early in the season as initially planned following approval of the 2018 F1 calendar. Motor sport's governing body FIA confirmed the proposed switch, with Bahrain taking place at the Sakhir circuit on April 8 and the Chinese GP in Shanghai a week later. As usual, the F1 season begins with the Australian GP in Melbourne on March 25. All the other races in the 21-race calendar were confirmed from the original plan set out in June, with the exception of the United States GP in Austin on Oct. 21 being subject to confirmation. Brazil (Nov. 11 at Interlagos) and Abu Dhabi (Nov. 25 at Yas Marina) are the last two races. Questions were raised about the Brazilian GP being held next year in Sao Paulo after serious security scares last month. Members of Lewis Hamilton's Mercedes team were robbed at gun point in their minivan while leaving the track. Valuables were stolen but there were no injuries reported. Street crime is endemic in Brazil, which has been battered in the last several years by its worst recession in memory. Thieves at the F1 race often target cars stuck in traffic jams at the exit of the circuit located about 30 kilometers (20 miles) south of Sao Paulo city center. At this year's race, FIA spokesman Matteo Bonciani said the car in which he was leaving the track was assaulted by gun-wielding assailants who attempted to smash in the bullet-proof windows with the vehicle stuck in traffic. In response to these latest incidents, new security measures were proposed. The FIA directly urged that the race promoter uses an "independent security expert to evaluate and advise on security plans," while implementing a police reporting hub at the circuit and improving "overall communication between the promoter security, police and F1 stakeholders."

The French GP, meanwhile, returns after a 10-year absence and will be hosted at the iconic Paul Ricard circuit, also known as Le Castellet, in southern France on June 24. Paul Ricard last hosted the French GP in 1990. The race was then organized at Magny-Cours from 1991-2008 but was dropped from the calendar in 2008 because of financial issues. The German GP, which has struggled with attendances and track fees, was scrapped this year but will return at Hockenheim on July 22. The Azerbaijan GP has been moved forward to April 29, making it the fourth race of the season. The Russian GP in Sochi, held this year at the end of April, shifts to Sept. 30. That late September slot was normally reserved for the Malaysian GP, which has been dropped. There were doubts over the Singapore GP, subject to commercial rights holder confirmation, but it will go ahead on Sept. 16.