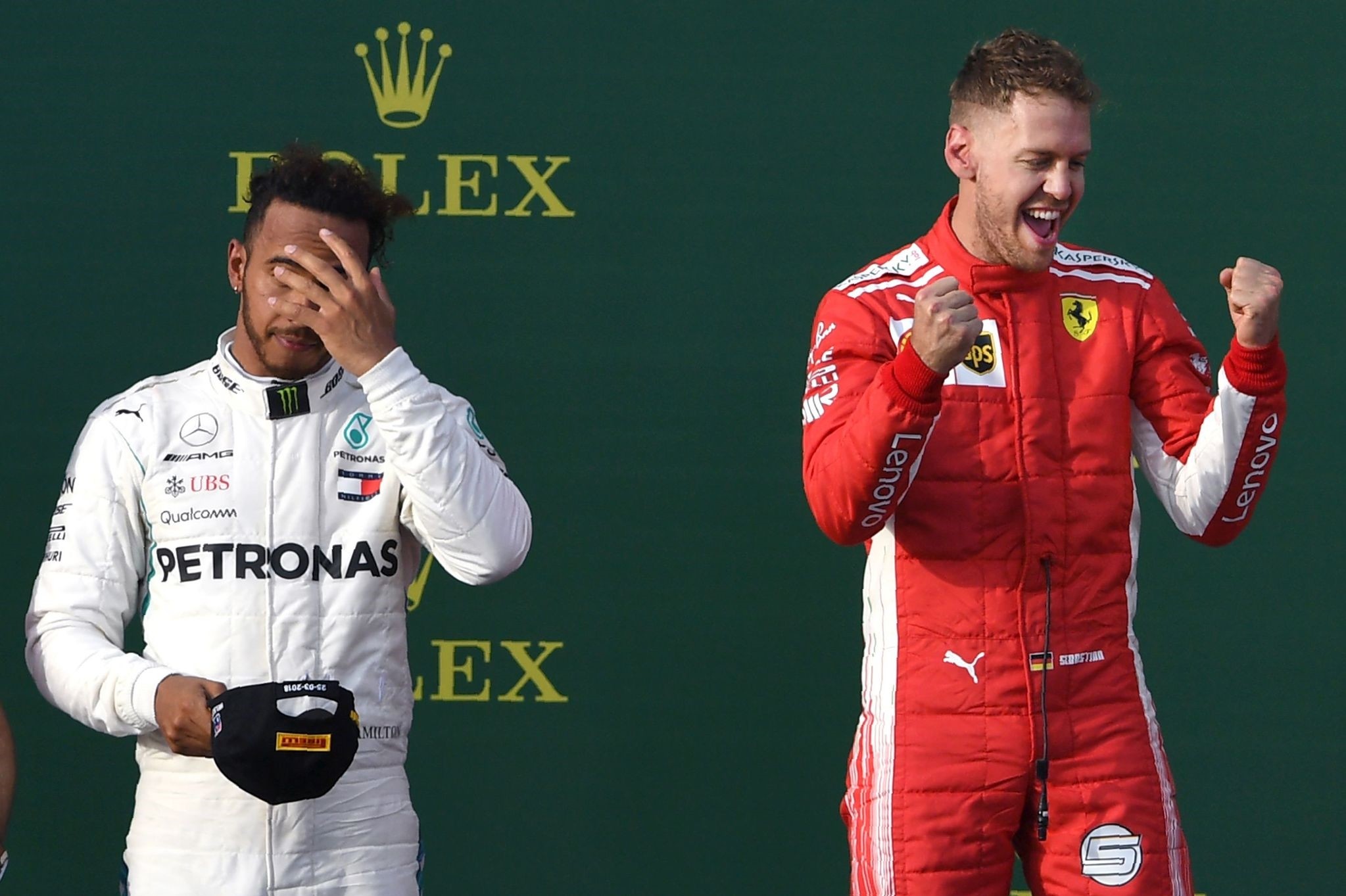 Mercedes' joy at their searing 'party mode' pace during qualifying disappeared quickly yesterday as a virtual safety car (VSC) and an apparent software glitch cost Lewis Hamilton an Australian Grand Prix victory. Pole-sitting champion Hamilton appeared set to coast to an emphatic win in the season-opener at Albert Park but by the end of the race, Ferrari rival Sebastian Vettel was the man beaming from the top of the podium in front of a sea of red-clad fans. The race turned on its head when a loose wheel forced Haas driver Romain Grosjean to stop before the halfway mark of the race, causing Hamilton to slow during the deployment of the VSC and prompting Vettel to pit. The German, who started third and inherited the lead when Hamilton pitted earlier in the race, re-entered just in front of the Mercedes and held off the fuming Briton at one of the hardest overtaking tracks in the series.

"What just happened guys?" a confused Hamilton asked over the team radio. It was a fair question, and the answer from team principal Toto Wolff may have done little to ease the driver's frustration.

"I think we have a software issue with the VSC delta," Wolff told Sky Sports. "We always had the green light, (that) the gap is enough for us to stay ahead. And then we saw the TV pictures and it wasn't enough." Hamilton showed impressive composure during the post-race news conference not to voice his disappointment strongly. But he may have also felt a little silly sitting next to victorious Vettel after his "joke" on Saturday that his record-setting pole lap was designed to "wipe the smile" from the German's face.