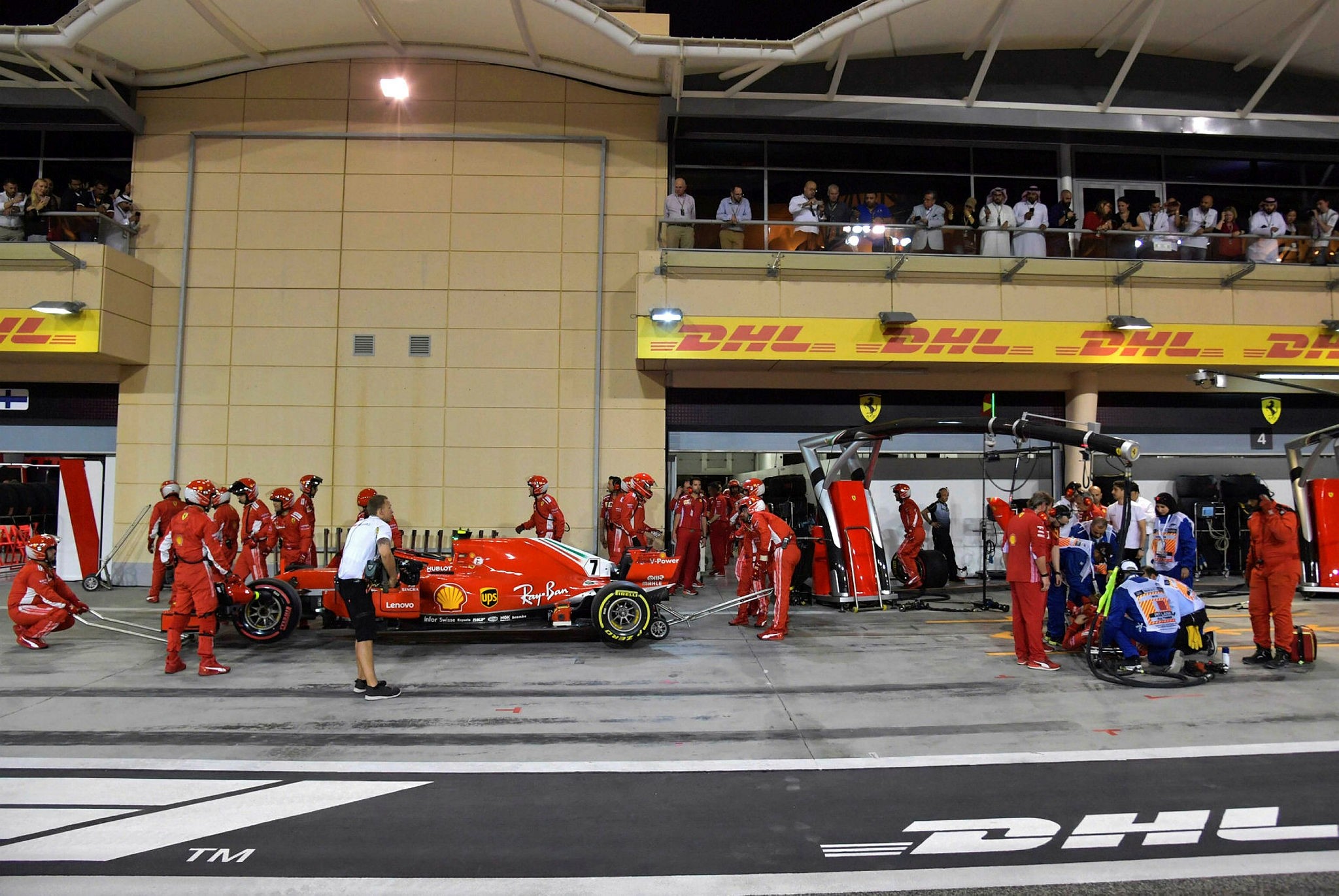 Ferrari team mechanic was taken to the hospital for treatment after being struck by Kimi Raikkonen's car during a botched tire change during the Bahrain Grand Prix on Sunday. (AFP Photo)
by Associated Press Mar 14, 2019 10:41 am

A Ferrari team mechanic was taken to the hospital for treatment after being struck by Kimi Raikkonen's car during a botched tire change during the Bahrain Grand Prix on Sunday.

Raikkonen came in for his second tire change of the race after 36 of 57 laps, but the left rear tire was not secured properly. Raikkonen was given the green light to go but it was an unsafe release and, as he pulled away, his car hit one of the mechanics.

Raikkonen's car came to a halt a few meters later and he took off the steering wheel and dejectedly threw it into the cockpit. As he walked back through the team garage, the Finnish driver swiped away a water bottle in frustration.

Ferrari said it was "thinking about our man, waiting to know more after the treatment."

It was an astonishing error of judgment from the Ferrari team, which had also been fined 5,000 euros ($6,140) for an unsafe pit release during practice on Friday.