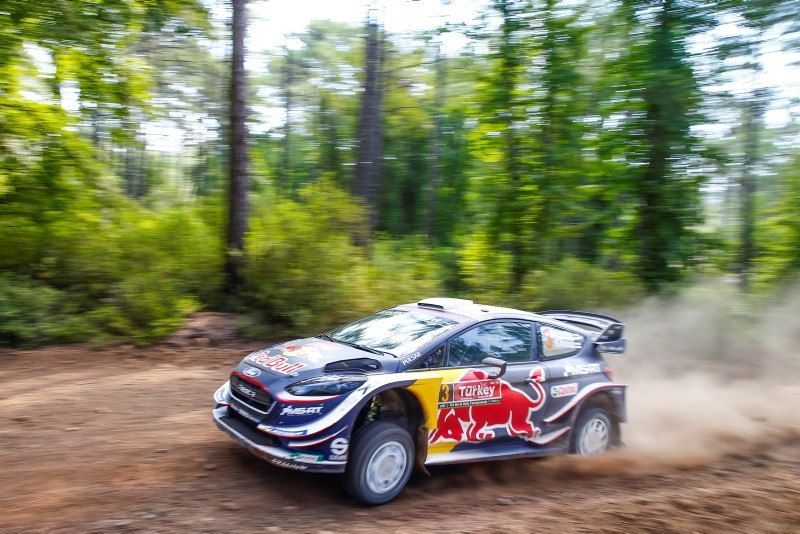 | AA Photo
by Anadolu Agency Mar 14, 2019 10:40 am
The 10th round of the World Rally Championship (WRC) began in southwestern Turkey on Thursday as WRC Championship leader Thierry Neuville was the fastest at first stage.

The WRC Turkey will be held between Sept. 13-16 in the Mediterranean resort town of Marmaris and host 68 cars from 22 countries to race 875 km in 17 stages in 4 categories.

Turkish Automobile Sports Federation (TOSFED) will host the winner aboard a luxury motor yacht for a week to explore the Turkish Riviera.

Castrol Ford Team Turkey will race in the championship representing the host country.

Turkey will host world's most famous pilots after an eight-year hiatus since its last launch in the country.

Turkey also hosts the fifth and final round of the 2018 FIA Junior World Rally Championship this week in Marmaris.

About 350 local and foreign journalists cover the race and 155 TV channels across the world broadcast the event live.

Belgium's Neuville, who signed a new three-year contract with Hyundai Motorsport on Wednesday, was quickest by 1.6sec from arch-rival Sebastien Ogier through 4.70km at Shakedown stage.

"I pushed a bit more in the last run and the car felt really good in these conditions. We know the car is strong on such rough roads but we also had good grip in the second pass and I hope we benefit from that during the rally," Neuville said after the race.

The leading times were: